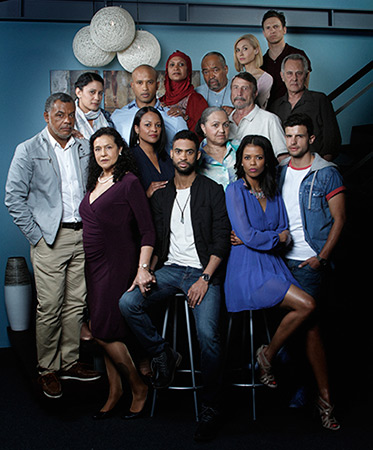 The Suidooster cast has seamlessly told the story through their actions and it keeps on getting better.

Suidooster Teasers for November are enough proof of how epic the show is going to be. The drama in the soapie is getting juicier as more secrets are revealed, hearts are broken, and people are thrown under the bus. You might want to grab a cup of coffee while watching the show because the oncoming episodes will trigger you to have an adrenaline rush. But first, how about having a look at Suidooster Teasers for November to keep up with the facts on the show.

Tim is trying to inquire for details about the secret lover of Danielle. Meanwhile, Quiton’s guilt is slowly eating him up. Gerbers’ family is more than willing to help Quinton overcome these feelings that are overwhelming him. On the other hand, Siya is covering up lies with more lies. As this happens, Tyron is burning with jealousy.

Amidst the deep feelings of jealousy that Tyron is feeling, what the dancing instructor does makes him more annoyed. Stefan and Michelle opt to give it another shot by trying to reach out to Quinton’s uncle. On the other hand, Siya chooses to give his love life another chance despite the shaky situation.

The Gerbers family do not remember that it is Quinton’s prize giving and the events that follow leave them in dismay. Bridgette is lonely and a little bored. On the other hand, Tyron loses it during dancing training.

The dancing classes that Tyron and Lee-Ann have suddenly started to take a different turn. Meanwhile, Siya is consistently trying out something dangerous. On the other hand, Richard does something that worsens the situation for the Gerbers family.

Wade takes it upon himself to try and help fix things between Tyron and Lee-Ann. As this happens, the Gerbers are convicted to go and check up on Chris again. On the other hand, Quinton’s uncle is slowly revealing who he really is.

Quinton’s attitude and behavior are making Stefan and Michelle feel helpless. Meanwhile, Rhafiek’s suspicions about Siya and Danielle become more. On the other hand, Tyron reconciles with Lee-Ann. He is, however, overwhelmed by guilt.

Someone goes missing. This forces the whole neighborhood to take part in the search. Meanwhile, the rumor that has been going around regarding Danielle’s love life is getting a toll on her. To counter it, Zoe comes up with a plan. Mymoena, on the other hand, is apprehensive about her travels.

Zoe spreads a rumor in the office regarding Dani’s new lover. Michelle, on the other hand, finds out about something after going through Quinton’s files. As this happens, Mymoena is constantly making jokes about calling off her trip overseas.

Zoe hints to Tyron about some things that she feels could be getting out of control. Meanwhile, Carmen’s suspicions have constantly been on the rise, and she then reaches her limits and decides to take action. Richard is making plans, what could they be about?

The crisis that the Gerbers family was facing is slowly dying and things are slowly returning to their normal state. Tyron makes a very influential decision, and he goes ahead to implement what he has been thinking about. As this happens, Siya is trying his best to get things back in order.

Siya is persistent about fixing the mess that the heartache brought forth. On the other hand, Rhafiek’s anger is getting out of control. As this happens, Michelle is in a situation where she cannot get herself out of.

Siya is under so much pressure that he is unable to contain himself. Meanwhile, the Gerbsrs family receive a guest that they had not expected. On the other hand, the friendship between Gavin and Tyron is turning into something very interesting.

A relationship that was complicated and was on the rocks gets to its worse and is brought to an end, even though there are dire consequences that will be faced. The dance lessons are making Tyron has vexed questions. As this happens, it is official that Hettie is keeping something from people.

Tyron is forced to look for a dance instructor. Meanwhile, Michelle is beginning to worry about the well being of her parents. On the other hand, Chris offers to give Danielle pieces of advice that will serve her well if she takes heed. As this happens, the friendship between Rhafiek and Siya is in a difficult position.

Siya is doing his best to try and address the problems that were caused by his incompetence. Meanwhile, Quiton is going through a difficult time. As this happens, Gavin is expected to make a very important decision.

Bianca is facing a difficult moment trying to gain her composure. Carmen is ready to offer a helping hand even though it does not make a big difference. As this happens, someone sends Tyron bad news.

Siya is not comfortable with hiding but the consequences of coming out have so much weight on him that he does not have any option but to give in. Bridgette comes face to face with something that she does not wish to have a look at. As this happens, Michelle faces her mother about something that happened.

Bianca makes everyone believe that she has let go and decided to move on. On the other hand, Michelle’s parents are conflicting, even though the latter has no idea why. Bridgette and Zoe get into an argument about Wade.

Michelle finally finds the reason why her parents are at loggerheads. Bianca is being tested. She has no clue about what is going on, and as a result, she ends up giving in to the temptation. Siya is beginning to see his efforts bear fruits.

There is so much tension between Michelle and her parents. Meanwhile, Carmen and Michelle choose to keep watch on Bianca. As this happens, Zoe makes a very dire decision.

Michelle is determined to help her parents even though she has no idea about how she is supposed to do it. Wade requests his housemates to do him a favor. Meanwhile, Bianca dauntlessly tries to convince the person that has turned her to her subject. Suidooster Teasers are nothing compared to what the oncoming episodes are going to showcase. You do not want to miss out. You could catch the show at 18:30 every weekday on kykNET and kykNET & Kie.