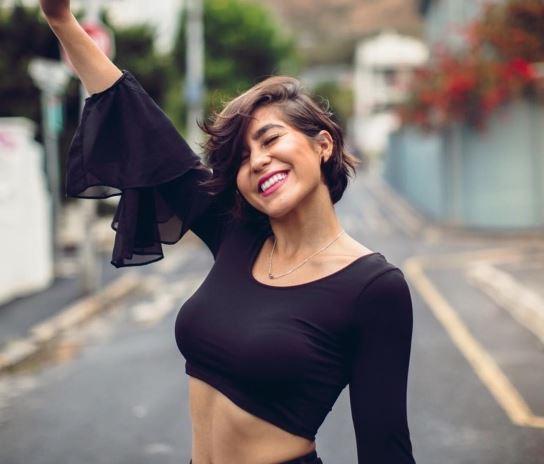 Nadia Jaftha (born November 14, 1992) is a YouTube star and fashion blogger who hails from Cape Town in South Africa.

The beauty enthusiast who became recognized as the creator of the style site Birdline is also known for her funny Instagram and YouTube videos.

Her social media journey started after she graduated from the University of Cape Town and decided to take a gap year.

Since then, she has not stopped amazing her followers with relatable content. And interestingly, brands also now eye and align with her because of her influence on social media and the huge number of followers that she has.

For years now, she has been making her living through social media. Here’s is everything you need to know about Nadia Jaftha.

Nadia is a graduate of the University of Cape Town where she bagged a degree in filming, art, and media studies. After her graduation from the University, she decided to take a gap year despite a scholarship that she qualified for at the New York Film Academy, where she would have studied for her master’s degree. While taking the gap year, she decided to embark on a social media journey, and it was unknown to her that this single decision would make a positive mark on her career.

Since pranking is a regular activity in her family, Nadia began to create contents about humourous everyday life experiences that were easy for her audience to relate to. And guess what? Those funny YouTube and Instagram videos ended up keeping her audience glued to her social media pages. In the process, she started gaining recognition as there were always new humorous contents to ease stress and pains on her social media pages.

The social media influencer Jaftha is proud to have Nawal as her mother. She describes her relationship with her mother as an “organic relationship”. And because of the lively family from which she comes, it has impacted on how she creates contents for her social media followers to keep them entertained always. However, information about Nadia Jaftha father is not available at the moment.

Early this year, Canal Walk Shopping Centre launched her new brand campaign where local social media icons were featured in Cape Town. The #CWSqaud campaign had Nadia Jaftha as one of the figures who would showcase the best Canal Walk across more than 400 stores.

Apart from being a blogger, it is also interesting to know that Nadia is a talented singer. She said music has always been a part of her life, except that the confidence to explore it fully had never been there. Eventually, she has unveiled her vocal skills by releasing her debut single titled ‘Paradise’. The song has been viewed more than 158,000 times since it was uploaded to her official YouTube channel.

Jaftha is from a Muslim African ethnicity, and she practices Islam religion.

As a creator of humorous contents, Nadia’s YouTube channel has well over 38,000 subscribers. She has lots of videos on beauty, travel, challenges, and pranks, as well as those shot behind the scene. Since she joined the channel on the 13th of May, 2013, Jaftha’s videos have been viewed more than three million times.

There is no doubt in the fact that Nadia is really making waves on social media platforms. A proof of this is more than 332,000 followers that she has on her official Instagram page alone.

Information published on drshare.com states that the social media influencer is worth $250,000, but authorities like Forbes magazine have not verified the claim.