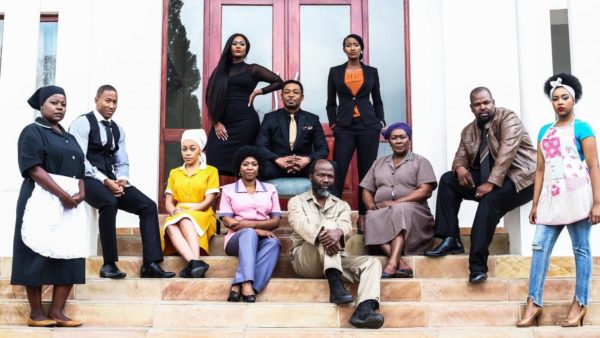 South Africans make sure to always move their game forward on a different level. Some of our movies are Netflix worthy now and available on most international platforms.

If you have not checked out the content that Mzansi Magic airs, you ought to sample out the second season of Mzansi Magic Housekeepers.

2. Xolile Tshabalala as Noluthando (Noli) Ngubane: Xolile Tshabalala, better known as Ingozi from Generations, plays the role of Noli on the show. She pulls the role of a ruthless, unforgiving, heartless, and cunning lady. Her childhood greatly influences her character since her mother worked as a morgue cleaner, and her career had an impact on the way she views life.

3. Lindani Nkosi as Clive Ngubane: He plays the role of Clive Ngubane in the show. Unlike his wife, he is a calm and collected man who had a pretty decent upbringing. His mother used to work in a cleaning company; hence, he is well conversant with detergents.

4. SK Khoza as Sydney Ngubane: pulls the role of Sydney Ngubane in the second season of the show. He is Noli’s son whom she got in her previous relationship before she got married to Clive.

5. Kwezi Ndlovu as Thuli Ngubane: Kwezi Ndlovu, who is famous for playing the role of Vivian in Isithembiso, features as Thuli Ngubane in Housekeepers. She is Noli’s second child, and unlike her brother, she has her head in the family business. Her resilience and brevity is proof that she is a mini-version of her mother.