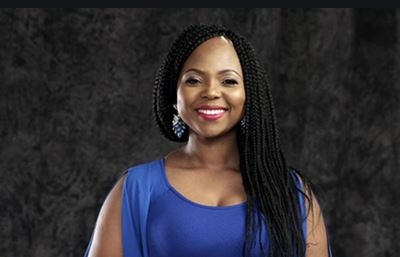 Women all over the world have penetrated and thrived in male dominated professions. But nevertheless, some professions are still largely dominated by their male counterparts even in this modern world, one of such is the sports world.

It is rare to see a woman thrive and build a successful career in this field, especially when the woman is a commentator or analyst.

Mpho Maboi is one of the few women who have penetrated the world of soccer and are thriving in it. She is reputable as being one of the few women in South Africa who works a s a sports analyst. She is a renowned sports broadcaster who has great understanding for analyzing sports activities.

Before she became a household name in the media industry, she worked at YFM and while there, she was known by most of her fans as YFM DJ.

Even though while she was there she was working with DJ Fresh. Subsequently, she left YFM and moved to Supersport and worked there on the sports desk before landing a job with Metro FM and SABC. At Metro FM, she works as a host of the fresh breakfast show, while she works with SABC as an anchor.

Mpho Maboi is married to Reneilwe Letsholonyane, the legendary south african footballer. They got married in 2018 and they a have two children- a boy and a girl together.