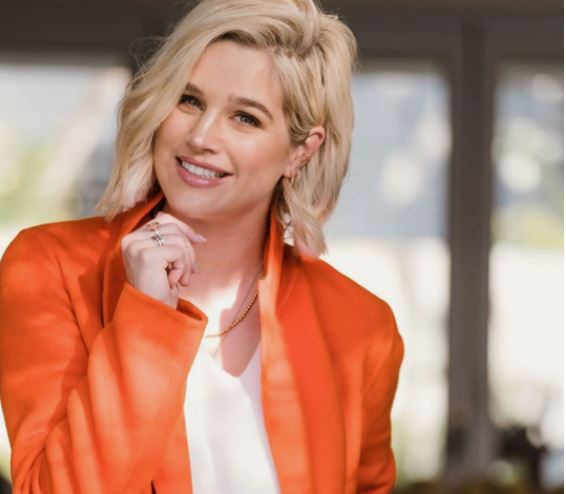 If you are a fan of the Boer Soek ‘n Vrou show then you would know who Minkie van der Westhuizen is.

Minkie van der Westhuizen is a popular South African model and Tv presenter who is well known for modeling for Maz agency and for hosting the SABC2 Afrikaans program.

Mienkie van der Westhuizen started modeling when she was 16, she was selected to appear in the Guess Fashion Campaign in the same year as a model. After this campaign, several modeling opportunities opened up for her as she steadily rose to fame.

In the same year, she was featured in the South African Sports Illustrated Swimsuit Edition, and this became the climax of her career.
Mienkie van der Westhuizen is common among her fans for her beautiful blonde hair and gorgeous physical appearance.

The model was married to Constant Visser in September of 2007 but their marriage hit the rocks and the two went separate ways.

However, years later she got married to Ernst Joubert in June of 2012 and the two have three beautiful daughters together.