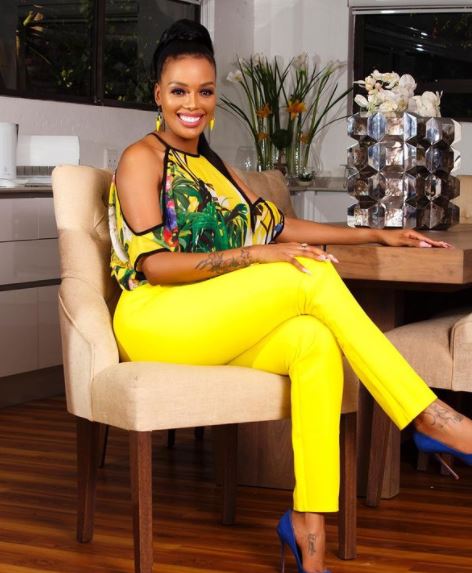 Mercy Mogase is a TV personality, model, entrepreneur and health enthusiast who is popular for her business. She came into limelight through her mother Evodia Mogase who is a famous media personality.

She is well known for her role as one of the Housewives in the 1Magic docu-reality series The Real Housewives of Johannesburg.

Mercy dreams of seeing people making the right health choices through her education initiatives. She is equally aiming to empower women in business by setting a high pace for them to emulate.

The well-known TV star and businesswoman Evodia Mogase is the mother of Mercy. Her parents separated back in 2009 due to infidelity. Due to the divorce, the beautiful celebrity became who she is today with the help of her hard-working mother Evodia. After many year of trying to conceive, Evodia birthed Princess Mogase, who is Mercy Mogase’s sister from a different dad. Mercy Mogase father owned a panel beating company in Limpopo that Evodia had helped to establish.

The fitness trainer describe her upbringing as a den of strong lionesses, crediting them for shaping her life and supporting her dream. Mercy spent most of her early years touring places outside her hometown. She managed travelling to more than 60 cities and islands, which broadened her mind.

Mercy is a mechanical engineering graduate who gave up her qualifications to become a fitness coach and television personality. Her private life remains unknown, Mercy is not married neither does she have children.

The vegan doll is a strong believer in women’s empowerment and self-improvement. Early in her career, Mercy worked for a couple of years at Disney Magic Cruise Ship between 2005 and 2007. In August 2015, she launched the Mercy Mogase Herbalife Nutrition, where she now works as a wellness coach. Her engagements at Herbalife have won the hearts of many first-class clients, becoming reliable partners in her brand.

Besides, she is the owner of both Mercy Mogase Beauty and Mercy Mogase Health. She also owns a luxurious health-based company called The Lifestyle Bar in Sandton, Gauteng. The star made a name on television for starring alongside Mercy Mogase mother, Evodia, in a famous 1Magic reality series, The Real Housewives of Johannesburg. However, the two television sweethearts left The Real Housewives of Johannesburg series last year. Mercy is currently working on a plan to set up an executive network of a non-governmental organization in line with her health and fitness career.

Mercy Mogase net worth and salary remain undisclosed, but her happy lifestyle is an indicator that she is streaming in good cash.

The Madam and Mercy show

Evodia and her daughter intend to have their viewers know them better for who they are without unnecessary dramatic exaggerations.

The Mogases broke the good news after disappointing RHOJ fans with their untimely exit. The two starring actresses seem to be taking their mother-daughter relationship to another level in the entertainment industry.