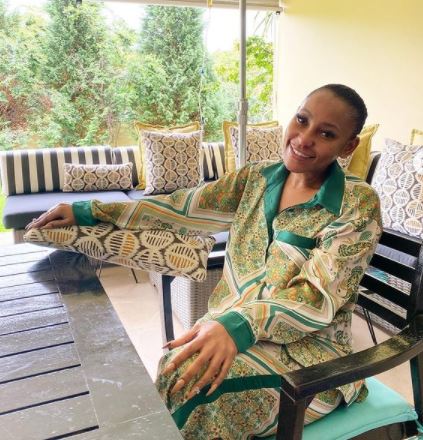 Mampho Palesa Brescia is an actress, presenter, brand ambassador, and voice artist based in South Africa.

Brescia was born on 8th December, 1977 in Johannesburg, South Africa.

She had an her preliminary and elementary education in Johannesburg while her higher education was in international relation with Wits University being the Alma Mata.

During her study, she enrolled for a study exchange which gave her a leverage to study in Soka University in the year 2000.

Prior to her exchange program and study, she anchored a ‘reality check’ on Palesa Molete Tv, as she gathered experience over a four year period, she got her first acting role “Mbali” at SABC1 then she changed jobs to AfriSat as a program Anchorer.

In the year 2005, she began a pro bono service on DSTV while handling corporate video’s for firms and institutions such as the Standard Bank and the department of Tourism.

She rose in fame and expertise she became a notable guest artiste on ’Isidingo in 2006’ and working on Jacob’s cross.

The basic point of her career came with her nomination by the Japanese government as their country brand ambassador for ‘Mzansi’.

The job will entail portraying a good relation between the government of Japan and South Africa.

She is married to Nicola Brescia and has an adopted daughter Rain.