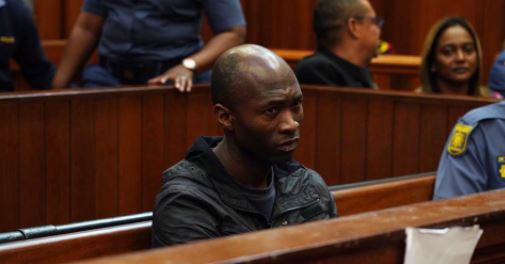 On 15th November 2019, a former employee at Clareinch Posta station, appeared at the court for the third time since his arrest.

The latter has pleaded guilty of being responsible for the death of the nineteen-year-old Uyinene Mrwetyana,

Judge Gayaat Salie-Hlophe said he will only be eligible for parole after serving for for 25 years.

On 3rd September 2019, after the identity of the man accused of being Uyinene Mrwetyana murderer, the country was set on a frenzy as people demonstrated in reaction to the crime.

As though that was not enough, a post went up on Twitter claiming that the angry mob had resorted to setting the accused’s house on fire.

The rape and murder of Uyinene led to numerous calls and demonstrations in South Africa for an end to sexual and gender-based violence.

Women in South Africa, and rights groups protested and pushed for decisive action from the private sector and the government towards the arrest and harsh prosecution of sexual assault and femicide perpetrators in the country.