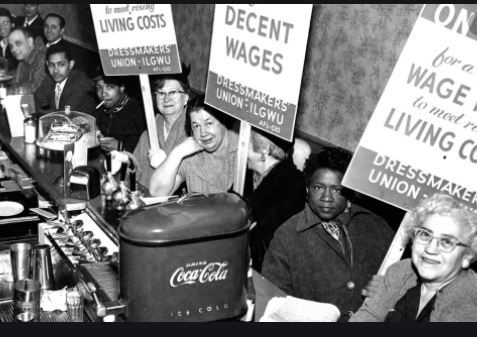 Trade unions are organizations made up of members; it’s membership must be made up mainly of workers. One of its primary aims is to protect and advance the interest of its members in the work place.

Most trade unions are independent of any employer. It also regulates relationship between employers and the employees. There are several trade unions in South Africa and it’s important you know where you belong to.

South Africa has over 100 registered trade unions, and her trade unions are the most stable and strongest across the African continent.

Over 3.2 million workers make up 26% of the workforce and these workers belong to one trade union or the other. There are many workers’ groups and so there are several categories of unions. They include:
1. Congress of South Africa Trade Unions (COSATU)
This federation has at least 21 affiliated functioning unions under it with an estimated membership of not less than 1.8 million. Having been established in 1985 with 33 unions under its wings, the federation has grown to become one of the largest in South Africa. It was established to defend the rights of female workers against exploitation, strengthen the industrial workforce, release political prisoners, fight apartheid among other reasons.
2. Federation of Unions of South Africa (FEDUSA)
This federation came much later in 1997 and is currently the second-largest in South Africa with over 560,000 members. It is responsible for workers in different sectors including the automobile industry, education, aviation, banking, medical services, healthcare, aviation, and hotel industry.
3. National Council of Trade Unions
This is the third type of trade unions in South Africa. The affiliation has over 17 unions with more than 400,000 strong members. It’s representation cuts across sectors covering from mining to banking. It also represents those in the public sector, workers in textile industries as well as those in food processing and agriculture just to mention a few.
Roles of trade unions in South Africa