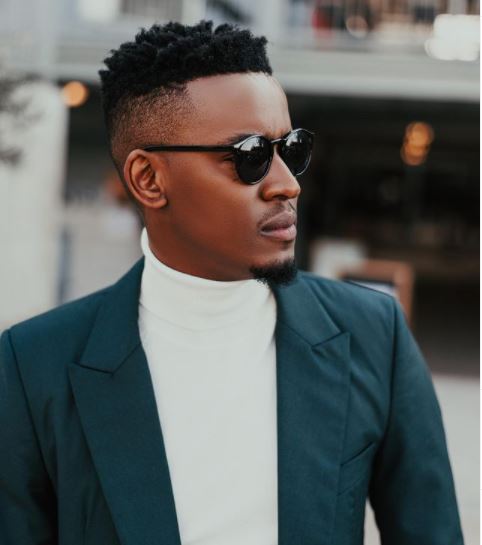 Sanele Sithole, better known by his stage name Sun El Musician, is a South African disc jockey, music producer and songwriter. He is one of fastest-rising musical stars in the country.

Sun El Musician story is one of perseverance and determination. With hits under his belt and projects with well-regarded talents such as Samthing Soweto and Ami Faku, Sun El Musician has more than proven his worth as an artist.

The talented artist was born on the 28th of March 1989 in KwaZulu-Natal Midlands’ Rosetta region.

Along with his four siblings, he was raised by a domestic worker in Rosetta’s farms, located around Mooi River. His parents separated when he was still a child. Unfortunately, they both passed away from health complications in 2017 within about one month. This was the same year he lost his grandmother.

In 2007, he attended the University of KwaZulu-Natal for a bridging course intended to pivot him to a course covering the sciences. The studies at the institution did not work for him, he lost interest, failed his first year, and eventually dropped out.

Sanele always had an interest that would lead him to a career in being a DJ and music producer. During his first year at the university, he attended a party where DJ Tira was performing. This encouraged him to learn to use Fruit Loops (FL Studio), the popular production software, albeit a limited trial version. ‘

As of 2009, he was still out of school as a student but was nevertheless on campus, using the computers to bypass the limitations of Fruit Loops’ trial version.

Sanele recorded and provided a sample of his work to Demor Sikhosana, who is from the same area he is. Demor is famous as part of the Shana collective with Black Coffee and Shota. Demor was impressed enough to convince him to move to Johannesburg to work on Bucie’s upcoming fourth album.

The tracks he ended up producing for Bucie’s Princess of House (Easy to Love) project are: Hard to get, Induku enhle, Midnight.

The work he contributed was impressive enough for Demor to sign him to his label. Sanele was yet to become stable in his new life in Gauteng, so he was living with a friend. This is how he met Samthing Soweto, who liked his music and vice versa. He left Demor’s label to pursue a more fleshed-out career as an artist. They began working together in November 2016.

During one of their sessions, they recorded in a makeshift studio with faulty equipment that was unable to filter out the sound of birds in the background. Sithole put away the song he was working on because he did not feel it matched his usual standards of quality.

Four months later, in March 2017, his younger brother convinced him to give it another chance. He did so and sent the final product to Samthing Soweto, who called it a hit immediately upon hearing it. The song became, and the rest is history. The song catapulted him into the spotlight.

According to apple music, Akanamali was released on 21st May 2017. Its success was huge.

Recently, he worked with Alicia Keys and her husband Swizz Beatz, who flew him out to the United States and paid for everything on the one-week trip. This came after Swizz Beatz posted a video of his son dancing to Akanamali.