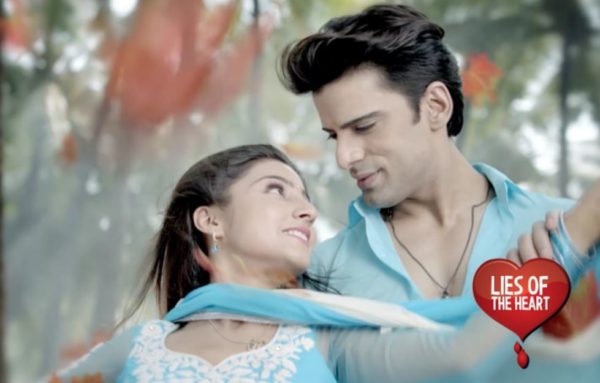 Zee World Lies of the Heart is a must-watch for all soap opera lovers. It depicts the story of people who a lady who values her marriage but married the wrong significant other. She is exposed to an abusive marriage but later gets a second chance at love.

Below are summary of Lies of the Heart July teasers for July 2020:

Episode 129 – Monday, 1st July 2020: Sushma blackmails Urmi because she owes her money. She is not willing to leave her house until the debt is settled. Urmi and Ishan are out to win the custody case but in a rough way. Samrat and Niranjan cannot believe how far Urmi is willing to go in the Shaurya’s custody case.

Episode 130 – Tuesday, 2nd July 2020: Samrat is not willing to give in easily in the Shaurya’s custody case. He convinces Shaurya to lie to the judge. At last, Shashi betrays Samrat by selling the mansion without her knowledge. Later, Shashi discovers Radha’s wedding chain.

Episode 131 – Wednesday, 3rd July 2020: Mukti arranges a secret meeting with Urmi. The meeting intends to reveal Radha’s identity to Urmi. Samrat is out to spoil the names of Urmi to Radha. What is the reason behind the manipulation? Later, Radha goes head-on with Urmi.

Episode 132 – Thursday, 4th July 2020: So, Ishan decides to go into undercover to find out what is going on between Samrat and Radha. Later, Mukti gives crucial information to Urmi and Ishan – the location of the CCTV cameras in the house. Has Kanchan discovered Radha has feelings for someone else?

Episode 133 – Friday, 5th July 2020: The sudden appearance of Radha and Kanchan in court gives Urmi and Ishan the hope of winning the case. Further, Gaurav hands over the CCTV footage as evidence to the judge. Meanwhile, Sashi is furious about discovering she was offered fake money.

Episode 134 – Saturday, 6th July 2020: Samrat’s life seems to take another wrong turn after burning down the Tiwaris’ house. He suffers from his actions. Much later, Shaurya is honoured with the student of the year award. For the first time, the viewers get to know Ishan’s parents.

Episode 135 – Sunday, 7th July 2020: Samrat is hit hard by Devishankar. Meanwhile, Ishan’s parents instruct him to marry a lady of her choice. However, they are against him marrying a widow or divorcee. For this reason, Gaurav persuades Ishan to collect himself and be courageous to tell Urmi how he feels about her.

Episode 136 – Monday, 8th July 2020: Samrat comes across a restaurant owned by Urmi while exploring Mumbai. At last, Urmi has a clue of the origin of the flowers she has been receiving every morning. She discovers Ishan has been the one sending them by looking at his monthly bill. What will be her reaction now that she knows the truth?

Episode 137 – Tuesday, 9th July 2020: Samrat unknowingly trails Sanaya, who happens to be an associate of Urmi. She is, later, spotted by Ishan in the city who tells the news to Gaurav. The two decide not to break the news to Urmi. Damini, on the other hand, convinces Urmi to stay away from her admirer, Ishan. Why is Damini against her relationship with Ishan?

Episode 138 – Wednesday, 10th July 2020: Samrat is shocked to learn that Sanaya is an accomplice of Urmi. Later, Sanaya sends Urmi a photo of Samrat, and her reaction is not the best. Meanwhile, Ishan finds the courage to ask Urmi to marry him. Sandhya and Damini witness the whole thing. Will Urmi accept the proposal?

Episode 139 – Thursday, 11th July 2020: In an effort to save her friend, Urmi travels to GOA to meet up with Sanaya and warn her about Samrat. Damini is not happy with Ishan’s plan to marry Urmi. He is determined to frustrate his effort in all means possible. Later, Urmi manages to save Sanaya from falling into Samrat’s trap.

Episode 140 – Friday, 12th July 2020: It is a bad day for Samrat as he receives a call from his debtors. They remind him to pay his loan before the deadline. Ishan explains to Anirudh the reasons for his intentions to tie the knot with Urmi. Shaurya backs up Ishan’s plans towards Urmi. He is the only man he can accept as a father.

Episode 141 – Saturday, 13th July 2020: Samrat finally finds the perfect spy, Urmi’s recently hired driver. Damini has not given up yet. She comes with a plan to create confusion between Shaurya and Urmi. She sends a man, Sundar, to Urmi’s Haldi ceremony, and it is clear that his motives are evil.

Episode 142 – Sunday, 14th July 2020: The strange man frames Urmi. Will it work, or is it a waste of time? Meanwhile, Samrat meets with Ishan to inform him about his surprise wedding gift.

Episode 143 – Monday, 15th July 2020: The union between Ishan and Urmi is about to take place. However, will it push through? Well, the troubles begin when Asha excuses herself for a few minutes. It gets worse when power is cut off at the venue. Urmi screams, calling for help, and Ishan rushes to rescue her. Moments later, Samrat makes his way to the venue to fulfill his promise to Ishan. Is this the surprise gift he promised Ishan earlier?

Episode 144 – Tuesday, 16th July 2020: Urmi is surrounded by many enemies. Surprisingly, Damini and Sandhya are among them. They are not in support of her wedding with Ishan. Samrat, on the other hand, is the mastermind of the fake robbery that spoils the long-waited wedding.

Episode 145 – Wednesday, 17th July 2020: Samrat seems to be a step ahead at the wedding. This time, he plans to harm Urmi by ordering someone to spike her drink. Upon realizing his evil plan, Urmi is confronted with Samrat, who is now playing mind games on Damini to achieve his objectives. Will he accomplish his mission now that Urmi has threatened to throw him out of the house?

Episode 146 – Thursday, 18th July 2020: Urmi outsmarts Samrat when he tries to play tricks on her cooking ritual. Later, Samrat comes across Anirudh’s book. Through the book, he learns that Anirudh and Urmi planned to expose him. It is a matter of time before everything comes public.

Episode 147 – Friday, 19th July 2020: Samrat cannot proceed to Jhansi as his plan is blocked by Ishan and Urmi. Even so, Samrat promises Urmi that he will be back before she notices. On the other hand, Damini is eagerly waiting for the newlyweds to go on a honeymoon. Is the delay intentional or not? Shashi teams up with Samrat to trick Tami, who falls for their trap.

Episode 148 – Saturday, 20th July 2020: Samrat comes head-on with Niranjan, who is his long-time enemy. Ishan is afraid to continue keeping his father in the dark. So, he makes his mind to explain everything to him. Samrat keeps on manipulating Damini to his advantage. Finally, his plan works out when Damini manages to create a misunderstanding between Ishan and Urmi.

Episode 149 – Sunday, 21st July 2020: Urmi comes across a slip of the dress Ishan bought earlier. Her relationship with Ishan starts to get worse because of external forces. Further, Samrat goes the extra mile by hiring a hitman to help him to achieve his evil objectives.

Episode 150 – Monday, 22nd July 2020: Samrat puts his hired weapon into use. Who will come to the rescue of Tani? Sadly, his condition widens the rift between Urmi and Tani. Samrat’s scheme is now in the open after Shashi overreacts. What next for Samrat, or is it the end of the road?

Episode 151 – Tuesday, 23rd July 2020: Niranjan’s life is in danger as Samrat finalizes his plan to eliminate him. Later, he overhears a dialogue between Urmi and Niranjan. Once more, Damini plays her cards well, making Ishan fall for her trap.

Episode 152 – Wednesday, 24th July 2020: Sanaya is out to create a plan that will see Urmi confess his love for Ishan. Unfortunately, the return of Samrat to the house complicates everything. Does this mean Samrat’s idea is still on course?

Episode 153 – Thursday, 25th July 2020: Damini and Samrat are shocked to learn that Urmi and Ishan have decided to end their differences. To make it worse, Urmi confesses her love for Ishan in the presence of everyone in the house. Samrat cannot take it, seeing the two together. So, he comes with a plan to ensure Urmi sleeps alone at night by taking Ishan.

Episode 154 – Friday, 26th July 2020: Samrat meets with Tani. He convinces Tani that the accident was an attempted murder facilitated by Urmi. Samrat continues to manipulate him in all ways possible. He further advises him to request his father (Anirudh) to buy him a hotel.

Episode 155 – Saturday, 27th July 2020: Finally, Urmi and Ishan travel for their honeymoon, making it impossible for Samrat to harm them. Similarly, Damini comes up with a scheme to spoil the honeymoon. She lies to them that Shaurya is sick.

Episode 156 – Sunday, 28th July 2020: Urmi and Ishan are back home after a disturbing call from Damini. They are deceived into believing that Shaurya is suffering from bone marrow cancer. On the other hand, Samrat is taking the family for a ride. He deceives everyone to think that he is concerned about Shaurya’s “illness.”

Episode 157 – Monday, 29th July 2020: Ishan shocks the family when he tells them that the life of Shaurya can only be saved by Samrat. According to him, Urmi must get pregnant by sleeping with Samrat. However, Tani will not allow it to happen. So, he makes him swear not to do as the doctor instructed.

Episode 158 – Tuesday, 30th July 2020: Urmi and Ishan vow to restore Shaurya’s health. Surprisingly, Samrat shocks the family when he tells them that he is not ready to betray Tani anymore. Meanwhile, Damini is early waiting for Ishan to end his relationship with Urmi to remarry. However, this will depend on how Samrat will handle her trap.

Episode 159 – Wednesday, 31st July 2020: Samrat continues to blackmail Urmi. This time, he instructs her to do everything he wants if she wants Shaurya to recover. Anirudh’s visit helps to calm down Shaurya.