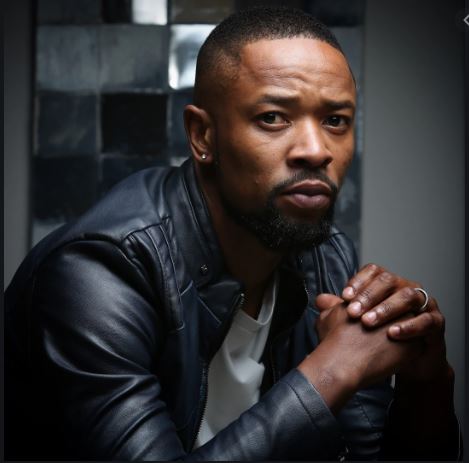 Sthembiso Khoza is a South African born actor born on the 1st of July, 1986, in KwaZulu-Natal.

The star has been in the entertainment industry for quite a while and one could say he is definitely hitting it hard.

Sthembiso became popular after his movie role as Shaka from “The Queen”.

Apart from his good looks and talent in acting, Sthembiso also has another strength in the name of martial arts.

At 12, he fought his way up the championships to win the black belt.

Although the star has had his strengths and weaknesses but he is able to stand still even with all the obstacles he might have faced.

Well, let’s take a look at some of the facts about the young actor.

1. Sthembiso was listed as a member of the famous TV Show Host list. He is also paged as one of the popular celebrities. He, however, made his appearance as an actor in the Mzansi Magic telenovela iNkaba, as DJ Teeman, in 2012

2. Sthembiso Khoza is widely recognized for the splendid work on the show Goal Diggerz and Mzanzi Ridez. He has also done a good job as a field reporter on Vuzu’s TV Entertainment magazine show.

3. He participated in sports activities like soccer, rugby, and cricket, which he was excellent at. He also did karate, and at only 12 years of age, he won a black belt. His father, Stan Khoza, was the national president of Independent Municipal and Allied Trade Union.

4. After working for channel O family as a host of Mzansi Rides, he worked for Vuzu’s V- Entertainment. He also worked with Trans Africa radio, as an MC and a voice-over. Sthembiso hosted Mzansi Wethu dance show bounce in 2013 and returned in 2014 to host season 2.

5. Sthembiso is the oldest brother among his two siblings, Abdul Khoza and the sister Natasha Thahane. They are only three in the family.