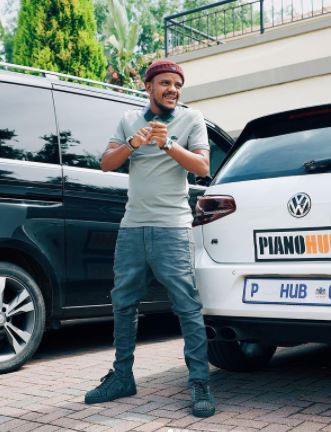 South Africans pushed their game ahead as they developed a music genre called Amapiano. Many artists have worked on the genre in making it better.

Kabze De Small goes originally by the name Kobelo Motha and was born in Mpumalanga, South Africa but raised in Pretoria.

He started his career back in 2009 as a DJ. Kabza De Small gained attention in 2018 when he released hit songs Ambele Shaya and Umshove featuring Leehleza.

No one could definitely resist pulling up some dance skills when Kabza plays.

He has also featured in many other collabos like Tender Love by Sha Sha, Akulaleki by Samthing Soweto, Sha Sha by DJ Maphorisa, and Everything I Wanted by Mariechan, featuring Kazbeki De Small and DJ Maphorisa.

Kabza De Small new songs as of 2020 include Phoyisa, featuring DJ Maphorsia, Casper Nyovest, and Qwestakufet, which was uploaded on the 31st of December 2019 on YouTube and has gathered over 200k views since its release. Other Kabza de Small 2020 songs include Ampiano 2020, Bambelela, and Go!

So far, the album has received a lot of praise on social media, and the fans are not disappointed.