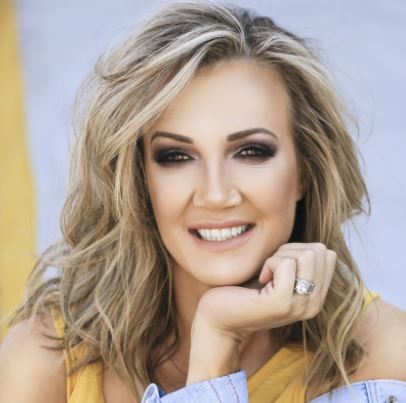 Juanita du Plessis is one of the most successful female artists in Africa, she has over thirty music albums to her name, and she is one of the few artists who have been able to combine different genres of music and still be a raving success.

Juanita is an Afrikaans artist who grew up in Namibia, but later relocated to South Africa after she got married. She is a celebrated voice in the world of music and has been filling the airwaves with her sonorous voice since the late 1990’s.

Her debut in the industry came after she released her first album titled Juanita in 1998 which sold over one million copies. The album received wide recognition immediately and earned her the award of the Best songwriter and the Country Music Awards.

Asides from this, she is best known for her dance-pop anthem Sku-Rumba which was released in 2001, this song charted her to the top as one of the most celebrated musicians. She has stayed at the top of her game and is not scared of venturing into other genres of music. She released her first Gospel album, Alty Daar Gospel, in 2004.

For her albums and singles, she has won different awards like: Outstanding Achievement Award, South African Music Award for Best Afrikaans DVD for Ten Years, and Huisgenoot Tempo Award for Most Popular Female Artist in Johannesburg.

Juanita is married to Herman du Plessis, who is popularly known as Doepie, they got married in 1989 and have two sons and a daughter together. The last two children are twins – a boy and a girl. The two relocated to South Africa after their wedding.

Juanita came from a family of musicians, she has two step-brothers whom she grew up with on a farm in Namibia and one of them, Peter Naude is a famous Afrikaans artist. She remembers playing country music to her parents who obviously enjoyed and had ears for music too.

Ruan her first son is also an Afrikaans artist and he is the manager of Juanita records under which all of his mother’s songs are produced.

Ruan is mostly known by his stage name Ruan Josh. Juanita’s daughter, Franja is also gracing the stage with her talented voice. She too has risen to be an Afrikaans songstress and she has won two awards from her first album, My Verhaal, which she released in 2016.

She is also a versatile musician who is skilled in playing different musical instruments like the piano, drums and guitar.

In 2017, Juanita du Plessis’ children, Ruan Josh and Franja, made a song together, Ek Wil Lewe, the song was a huge success on YouTube and has over 600,000 views.

We are Christians and no amount of money will be able to remove the shock when Juanita saw that.” Juanita however won the case when she pressed charges against the publishing house of the magazine in court. She was compensated with the sum of R200 000.