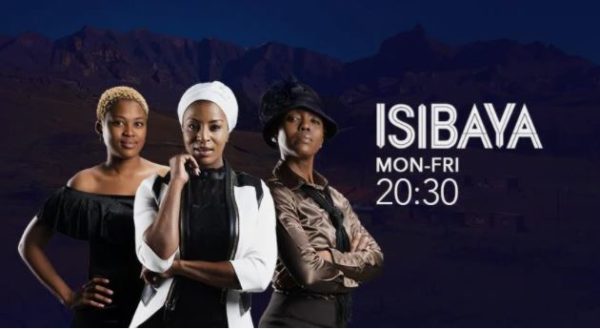 Have you been on the lookout for local shows to binge on? If that is the case, you might want to consider adding Isibaya to your watchlist.

The thrill in the soap opera is enough to make you fall in love with the drama in the show.

Isibaya is a South African TV show that features two prominent families, the Ndlovus and the Zungus. The two families are in the taxi business, and their rivalry is what brings out all the humour and drama in the show.

How about going through Isibaya teasers for November 2020 for more details?

The most recent Isibaya episodes have reflected how careless some of the cast members are when it comes to making decisions. They blackmail their subjects to get around situations. How about checking out snippets of what is going to happen.

Mpihlangene makes sudden changes in Protea, and Melusi pleads to have his life spared. Meanwhile, Sihle realises that she made a very grievous mistake.

Sbu finds out the news of Manqoba’s distress, and he discerns that something is wrong, and Mabuyi discovers that Siza is more dishonest than she thought.

Siphokazi mourns the end of her friendship with Phumelele, and Melusi makes a risky attempt to escape. Ntwenhle questions Sihle, and things do not go as anticipated.

Mbomvu agrees to release Mbodla and Ngwebedla, although he does so with an ultimatum. In the meantime, Mkabayi realises that being her brother’s keeper is more than she had prepared for.

It looks like Melusi has something interesting to narrate regarding his disappearance, and Dabula reminds Londiwe about the ultimate goal. Siza finally gathers the courage to tell the truth.

Mabuyi opens up about what she feels towards a man that she loves, and the romance between Nolwandle and Jerry hits a stumbling block. However, Ngwebedla informs Samson about the identity of the person who is responsible for Melusi’s miseries.

S’bu makes a romantic move, although not everyone is ready to receive it, and Mkabayi comes across the stolen money, and Fezile believes that she knows where the money is from.

Iris discovers some shocking information about Samson, and Dabula realises that he is being haunted. Phumelele comes bearing some surprising news for Fenyang.

Iris plays her winning move with Samson, and Ntwenhle faces Londiwe with the truth. Later, she makes a definitive decision against her family.

Melusi questions Londiwe about using him, and Mpihlangene makes things harder for Phumelele by using an error on the Molefenyane side. However, Mabuyi and S’bu take things to the other level.

Phumelele asks her son to do her a big favour, and Sihle proceeds with her plan to ruin the relationship between Ntwenhle and Dabula. S’bu seeks Ntwenhle’s opinion regarding a sensitive matter, and she tells him something that he does not want to hear.

Ntwenhle gathers the courage to confront Dabula and Sihle, and it looks like danger is lurking on her trail. Melusi claims responsibility for Phumelele.

Ngwebedla comes up with a plan to help Dabula with the taxi business, and Lilian presumes that Saddam might have done an unbelievable thing. Meanwhile, S’bu issues Dabula a disturbing ultimatum.

Londiwe makes a profitable proposal to Melusi’s new venture, and Lilian finds out the truth, and she is not impressed by her discovery. Phumelele affirms her decision regarding Mpihlangene.

Mpihlangene realises that she is in a fix regarding Melusi’s new venture, and Nolwandle gets carried away by Fezile’s riches. Meanwhile, S’bu realises how difficult it is to juggle the demands that he is required to fulfil.

Mkabayi dares to trust Qaphela one more time, and Mpihlangene confronts Fenyang, and the situation becomes messy. Phumelele startles Mpihlangene when she decides to take matters into her own hands.

Mpihlangene manipulates Dabula into facing his battles, and Qaphela makes a confession that leaves Saddam puzzled. Ntwenhle warns Dabula against doing an illegal act in the name of getting the taxis.

S’bu lies to Mabuyi again and this makes him very guilty, and Ntwenhle expresses her disappointments regarding the choices that S’bu is making.

Thokozani questions Qaphela about meddling in people’s affairs, and someone sends Phumelele some devastating information. Meanwhile, Fezile attempts to get to the bottom of the plan that Melusi and Mpihlangene are coming up with.

The Ndlovus make merry at the thought of S’bu moving on, although it does not look like everything is as it seems, and S’Khaleni‘s greed makes Siphokazi unimpressed. Melusi tries to change his aunt’s mind one last time, but his attempts do not bear fruits.

Fezile makes an important proposal to Mkabayi, and Phumelele angrily tells Mpihlangene to stop criticising her. Meanwhile, tension continues to reign between Siza and Mabuyi.

Phumelele goes through the most as her relationship with Siphokazi hits rock bottom, and Mpihlangene takes advantage of a situation to demean her. Later, someone delivers some devastating information that puts her down. However, she gathers the courage to tell Mpihlangene to stop criticising her.

Dabula tries to focus on redeeming himself in the taxi business, although he faces a couple of challenges. He contemplates committing an illegal act to manoeuvre his way, and Mpihlangene urges him to go on with the plan. However, Ntwenhle tries to convince him to do the right thing. Will he listen to her?