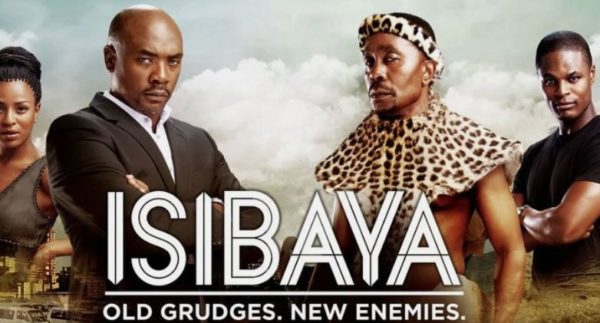 Isibaya is a South African TV show that features two prominent families, the Ndlovus and the Zungus. The two families are in the taxi business, and their rivalry is what brings out all the humour and drama in the show. Will this feud be brought to an end, or will it be passed on to the next generations? Isibaya teasers for August 2020 provide hints of how twisted this situation is becoming.

Dabula makes a shocking request to Ntwenhle. While Melusi continues to throw his weight, Thokozani asks Qaphela for a favour. Jabu and Ntwenhle have an awkward homecoming.

Thokozani gives her mother advice. Siza tries to play nice but S’bu cuts her down to size. Phumelele and Fenyang are forced to deal with the truth about their relationship.

Siza is torn with wanting to help S’bu. Phumelele’s attempt to get through to Melusi falls apart at the arrival of Fenyang. Khanyi warns Ngwebedla she is watching him.

Phumelele struggles expressing herself, alienating Fenyang. Melusi has caught Qaphela and Thokozani in the act. Fenyang finds himself enjoying his time with Iris.

Dabula gives Ndlovus shocking news. While Qaphela’s life is turned upside down when Fezile gets involved, and Iris tries to get through to Phumelele.
Monday 10 August 2020
Episode 91

Nolwandle is finally able to get through to furious Mkabayi. In Bhubesini Mbomvu realises he was wooing the wrong Ndlovu. Fenyang gives Phumelele an ultimatum.

Siphokazi warns Jabu to be careful around the Ndlovus. Ntwenhle and Jabu are surprised when Samson is welcoming of Jabu at KwaGatsheni.

Mandla strangely attempts to get to know Jabu. Melusi tries to convince Mkabayi he is ready to step up for the family. Thokozani steals a car and goes for a joy ride which ends with shocking results.

Fenyang comes to the rescue just in time. Jabu lets his guard down with dire implications. Backed in a corner, Mbomvu decides to get Dabula’s signature no matter what.

Samson extends a curious invite to Jabu for dinner. Lillian is horrified when she learns something might have happened between Qaphela and Thokozani.

Mandla and Samson take their plan to the next level. Saddam tries to get Qaphela to open up. The Ndlovus are forced into action due to an unexpected arrival.

Qaphela calls Thokozani and lies to her. Jabu tries to piece together what has been happening with him upsetting Mandla. Qaphela receives a shocking video message.

Dabula pleads with Samson for help. Qaphela shows Saddam the damning video. Fenyang is left with a difficult choice to make, and Jabu opens up to his sister.

Phumelele has to face up to the very real possibility she has lost Fenyang. Thokozani accidentally inspires Nolwandle to try and seduce Fezile. Mining is about to start in Bhubesini, but Dabula has the final word.
Monday 24 August 2020
Episode 101

Nolwandle continues trying to find the key to Fezile’s heart. With the mine on the line, Siza is forced to kiss the ring. Melusi gets upset when things get serious between Phumelele and Fenyang.

Dabula warns Jabu to keep his distance. The tables turn on Mbomvu. Melusi opens up to Mkabayi, and Ntwenhle receives a shocking visitor.

Khanyi learns shocking news about Ntwenhle’s baby. Nolwandle reveals she likes Jerry, but just wants to teach Fezile a lesson. Jabu stands his ground against Dabula. S’bu makes it clear to Siza he will not help her.

Bhekumuzi makes a shocking discovery about Jabu. Iris gives Phumelele an unusual gift to fuel the flame of her love life. Qaphela lies to Lillian about what is happening.

Dabula tasks the servile Mbomvu to deal with the council, as he goes to face off with Jabu. Thokozani is unaware the message landing on her phone will change her life forever.
Monday 31 August 2020
Episode 106

Siza tries to appeal to S’bu’s kindness. Jabu and Ntwenhle are set on being together. However, Thokozani makes a horrifying discovery.
Isibaya airs on Mzansi Magic from Mondays to Fridays at 20h30.