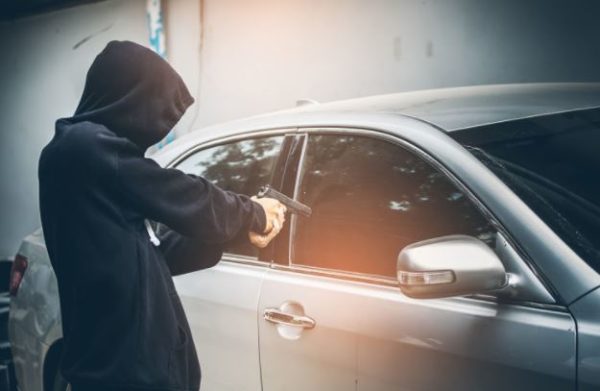 Hijacking and car theft are, unfortunately, a reality which has to be factored into our daily lives.

We’re faced with decisions like whether or not to get insurance, install a tracker or park our car on the verge at our best friend’s braai.

According to police statistics, 16,325 vehicle hijackings were reported between April and March 2019. Hijackings increased by 14.5% in 2017 from 2016; that is a 2115 increase in hijacking cases reported in the country.

Every 32 minutes, a hijacking occurs, leading to 45 cars being hijacked daily on average. Victims are targeted in open areas with easy escape routes where their personal belongings are taken away from them, including their vehicles.

Here’s everything you need to know about low risk cars in South Africa.

Most hijacked cars in South Africa

Wondering which cars are hijacked most in South Africa? The car tracking company, Ctrack, released a list of high risk vehicles in South Africa that are the top targets for hijackers and car thieves. The most targeted cars are;

Most stolen cars in South Africa

Most vehicle theft is based on cars’ popularity and age. Popularity comes into play when the thieves have to sell the car in parts as soon as possible; therefore, if you see a multitude of people with your exact car model, then you most definitely have a problem on your hands. Car thieves assess the age of your car with the assumption that older car models are less likely to have alarms or any security systems set in place to prevent theft. According to statistical analysis, it has been noted that your car is more likely to be stolen if you have a gear lock or a steering wheel lock as compared to vehicles without the locks. The assumption made here is that if you have the said locks, you most likely have something valuable in your vehicle. The following is a list of most stolen cars, RSA;

Even though popular vehicle brands are easy to sell and spare parts easy to find, it goes without saying that you, as a car owner, are less likely to be a victim of car theft and hijacking if your automobile is considered unpopular. The following is a list of the least stolen cars in South Africa and are considered to be rather good in terms of performance;

You cannot fully discuss cars without mentioning the cost of car maintenance. Car owners can admit that although vehicles are super convenient, when the minor problems begin to occur a huge dent will be made in your wallet especially if you ignore the tell-tell signs and it develops into a major car issue. You therefore need to ask yourself what is the cheapest car to maintain in South Africa. Here is a list of the cheapest cars to service for you;

The number of car hijackings has increased, and it is definitely a cause for worry. Stay alert and keep safe when driving. Here is a list of the worst hijacking spots in South Africa;