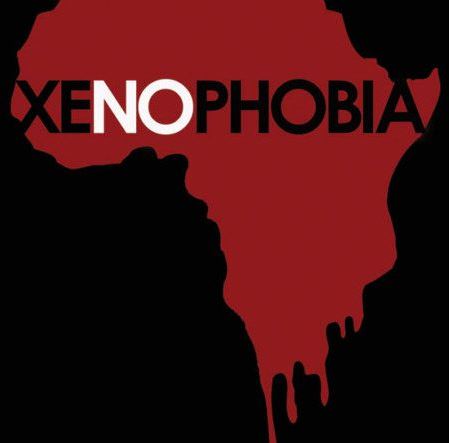 What is xenophobia? Xenophobia is the fear or hatred of foreigners or people from different cultures. The affected persons respond by withdrawing from the situation to avoid foreigners. However, in extreme cases, this fear may result in verbal abuse or physical assault.

In South Africa, xenophobia attacks have become increasingly violent for both foreigners and citizens; it results in casualties and deaths.

Xenophobia in South Africa is majorly categorized in terms of attacks to fellow African foreigners in the country. Minimal research has been done to understand the happenings, but it seems as though it is getting worse.

The most recent xenophobic attack that made the headlines across the continent happened on September 8th, 2019. It left over ten people dead and hundreds displaced. These attacks crippled businesses owned by foreigners and some citizens.

However, these attacks do not get the attention they deserve until violent outbreak attacks take place. These attacks have led to the displacement of foreigners. Some foreigners have also been injured and killed.

Xenophobic attacks became more prominent after 1994. The inception of the violence was brought about by the notion that African foreigners had become more economically and financially successful in comparison to the locals. According to this line of thought, the foreigners’ successes had come mainly through illegal/illegitimate means.

The notion created so much tension among the people towards foreigners and migrants that by the 2008 financial crisis, it was a volcano of violence waiting to erupt. The 2008 outbreak became the first recorded xenophobic attack outbreak.

The preservation of human rights in any part of the world plays a key role in maintaining the peace and liberty of its citizens. In this case, equality under the law plays a key role in preserving these rights. The government and its citizens are obligated to honour and respect the Bill of Rights and the constitution for the country to run smoothly.

The Bill of Rights has the most fundamental rights that citizens of a country enjoy. These rights are meant to protect them against violation by public officials or private citizens.

According to Section 9 of the Constitution of South Africa, Everyone is equal before the law and has the right to equal protection and the benefit of the law. Prohibited grounds of discrimination include race, gender, sex, pregnancy, marital status, ethnic or social origin, colour, sexual orientation, age, disability, religion, conscience, belief, culture, language and birth.

In section 12 of the constitution, everyone living in South Africa has the right to freedom and security. Therefore, no one has the right to violate or mistreat citizens for whatever reasons they presume to be right. The jurisdiction protects citizens of the country.

For the government and other governing bodies to get to amicable solutions, it is imperative to hold dialogues to get to the root of these discriminatory acts against its people.

The rule of law and the Bill of rights are meant to protect everyone in the country. The law applies to both citizens and foreigners nationals.

The International human rights law requires states under the UN to protect the basic human rights of individuals living in their countries.

Promotion of Equality and Prevention of Unfair Discrimination Act 4 of 2000, Protection from Harassment Act 17 of 2011, Immigration Act 13 of 2002 and Refugees Act 130 of 1998 are constitutional clauses that are meant to curb;  discrimination of race, gender or disability, harassment, and hate speech.

The Rule of Law as stipulated by the constitution is what should be used to govern and make decisions on such matters affecting the country. The governing bodies should follow the laws that protect citizens against xenophobia for the sake of its people.