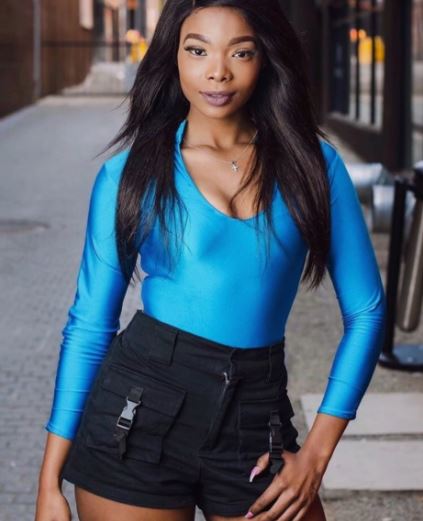 La Sauce, born Sindiswe Magoso is a South African musician who grew up in Kan, South Coast of Durban in a village called Umzinto.

She got inspired by music at a very young age after being raised in an environment where she became drawn to Hip Hop and Jazz music.

The upcoming debutante is only in her early 20’s, but she has an impressive resume that includes being featured in the song Miss Pru Phumelela. This success also extended to being signed by Ambitiouz Entertainment in 2017 and working with other names like Lasauce ft Amanda Black, who was in Lasauce I do. Within 13 days, “I do” hit 1 million views on YouTube.

While growing up, Miss Magoso was inspired by the likes of Brenda Fassie and Lebo Mathosa who both passed away. She selected her name, Lasauce, based on her background and character. Other things that influenced her decision for the stage name were different cultures and languages. She speaks four languages including isiZulu and Arabic.

Looking at the La Sauce songs, her activity in the recording music world goes as far back as 2013 with her first album titled Fabulooser, which features songs like La vie nous case. All that hard work has culminated with signing for Ambitiouz Entertainment and the national success she now enjoys. Before that, she was signed by Alliances Stylistik and herself.

Based on her past interviews, the artist is certainly enjoying her time at Ambitiouz Entertainment. In fact, she describes the label as a home for her, which inspires her to do better and work with great artists such as Sjava and Emtee. When she released her first album under the label, she described it as the happiest day of her life.

She is so young, yet La Sauce has done what few individuals have done at her age. Surely, Broken Lipstick is not the only great thing to come from her, watch out for her new releases.

Presently, the artist has three albums to her name: Broken Lipstick, Fabulooser, and Carton Blanc. The Lasauce songs include: