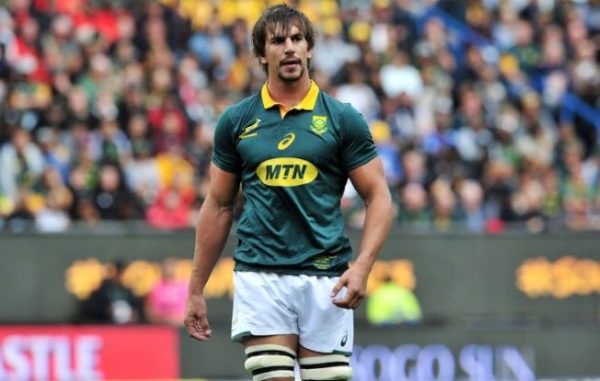 Eben Etzebeth (born 29 October 1991), is a professional rugby player born in Cape Town, South Africa. He currently plays for the South Africa national team and Toulon in the Top 14 in France.

The latter is one of the most talented South African rugby players. He was raised alongside his brothers, Ryen Etzebeth and Harry Etzebeth.

The family of Eben is highly engaged in rugby. His uncles Cliffie and Skattie are also play rugby. It has left most people with the assumption that the rugby skills are genetic.

Eben was a representative of South Africa on the under-20 team. His excellent skills in the field have made him a perfect lock for the Stormers. He has played alongside Andries Bekker for the Stormers in Super Rugby.

The star has an outstanding height that complexes with his physique very well. It leaves most people questioning how tall this Stormers player is.

Toulon is a French club that announced, in December of last year, that the lock of Cape Town – Stormers would join them on a two-year contract. Despite the agreement, Etsebeth has come out to acknowledge that his mind is on his current role in Stormers. He has mentioned that he is not thinking about his future at Toulon in France.

Little is known about his dating life, making most people believe that he tends to keep this part of his life away from the public eye. It has left so many people with the belief that this South African rugby player is currently single.

Etsebeth has been nursing a broken hand, an injury he acquired after the Lions defeated his team at Ellis Park. During the game, this skilled rugby player was seen seeking treatment for his arms.

Later on, just shortly half-time, Etsebeth was seen with his hand strapped. The player did not even show up for the second stanza of the game.

Initially, the commentators of SuperSport announced that the injured player had broken his ankle. However, it seemed to be a wrong diagnosis since his ankle was alright, but his arm was not.

However, fans are sad that he cannot help the Stormers in the 2019 Super Rugby due to his arm injury. However, they are praying for his quick recovery.