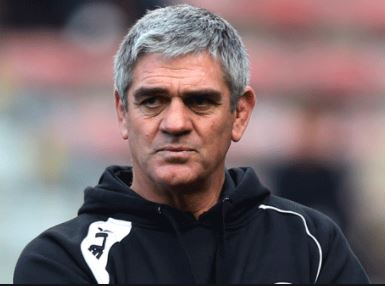 Nick Mallett, a speaker and expert panelist reshaped the face of Rugby in South Africa. Nick is well known for the time he spent coaching Springboks, the historic achievements he achieved while he coached the team are laudable both in the national and international sector.

He serves as a source of motivation in his life and career to people all over the country. Nick who has a career that spans more than fifteen years as a seasoned and world class coach, started his rugby career as an undergraduate when he was selected as one of the team members to play for the Western Province Rugby union.

Mallett had at different times coached different teams in France and south Africa, before he returned to the country to serve as the Director of Rugby in Western Province. Under his guidance as the coach between 1997 and 1998, he led the Springboks on a record winning streak of 17 consecutive test wins.

On his return to South Africa between 1982 and 1985, he won the Currie cups four consecutive times, and for the SA national rugby team in 1984.

It is however surprising to learn that at all times when Nick was a student, he had studied courses non-related to sports science. While he was a student at the University of Cape Town, he studied Bachelor of Arts in English and when he went to Oxford University in England, he got a Higher Diploma of Education in 1979. While he was at Oxford, he won the Blues in the cricket and Rugby union, and this helped to define his career.

Nick was once accused on a live show by Ashwin Willemse, former Springbok wing player. Ashwin had walked away from the set during a live broadcast and had raised accusations against Naas Botha and Nick Mallett saying they “undermined and patronized him”.

He also added that he can’t work with those who undermine other people and that he was glad it happened during a live broadcast, so people can see. However, when investigations were conducted on the accusation, Nick and Naas were found to be innocent of the accusation.

Nick Mallett has painted in colorful glory, his professional and personal life, even though nothing much is known about his family except the name of his wife which is Jane.

Nick still remains relevant in the country, even after retiring from active sport life, and by his next birthday, he will turn 64.