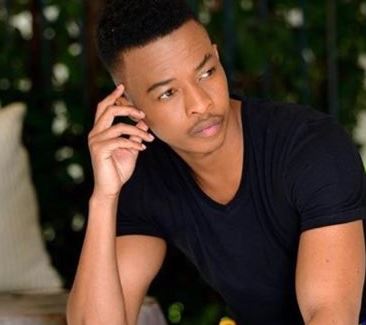 Oros Mampofu’s fame in the movie industry is growing rapidly. He is popularly for Skeem Saam, a soap opera where he played the character of Jama, a university student. He has appeared in several movies and is one of the richest actors in the country.

Oros began his acting career in 2015 when he first appeared in the third season of Skeem Saam. And ever since his debut, he has starred in other Tv shows and drama series like celeb feasts with Zola, Kowethu, The lucky specials, Ingoma etc.

Oros is not relenting in his career as his energy and talent are unmatched.

He has the ability to blend with whatever character he is playing and this makes him outstanding in the industry. He has had several movie nominations, one of which is the Africa movie academy award.

The thirty year old has a daughter named Aarya Joy, with his girlfriend, Bianca Carmacheal.

The two had their daughter together after Oros and his longtime girlfriend, Mahlatsi, broke up for reasons not known.

He is unashamedly obsessed with his daughter and he refers to her as the brightest light in his life.

The South African actor has an identical twin brother with whom he co-founded a media production company called Kheli productions. The two brothers have a very cordial relationship and they address each other as “life partner.”