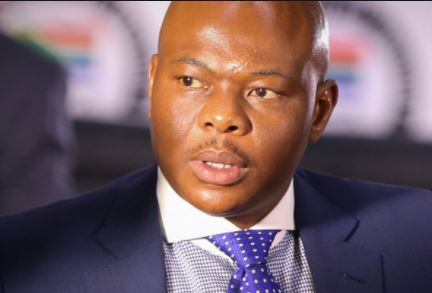 Edwin Sodi, is an entrepreneur and the CEO of Blackhead Consulting, a highly successful organization in South Africa. Edwin is concerned about restructuring the public sector especially in the Guateng Provincial Government.

He is popular due to his flashy lifestyle and his political affiliations with members of the ANC.

Edwin Sodi who can be best described as a tenderpreneur allegedly uses his political influence to secure lucrative tenders for his organization, his friendliness with members of the ANC is blatant and unhidden, he generously gives to and supports members of this political party, and it is believed by many that he gives generously to them because they help him to keep his company afloat.

Edwin Sodi doesn’t hide that he lives and leads a flamboyant life, his glitzy lifestyle his exuded in all he does. Pictures of his R85 million mansion recently hit the internet and so many people can’t get over it. Also, his love for luxury cars is an open secret, with most of his cars built by notable vehicle brands.

Recently, he was named as one of those involved in the R255 million scandal, following the scandal, he was awarded the tender but it was later waved by the AG due to irregularities. The Asset Forfeiture Unit (AFU) was however on him for days, before they later arrested him and six others and seized his sports cars.

He was however released by the AFU on a cash bail of R500, 000 but the case is yet to be completed.

The serial entrepreneur keeps most of his private life out of the media but he was known to have been involved with three prominent women at different times and whose relationships with him had been unsuccessful.

In 2012, he got married to Nthateng Lerata, a former Tv and Capricorn radio presenter in a traditional marriage ceremony, but their union ended when Edwin accused and sued her for stealing from him. He said Lerata who had kids for him stole R1 million and three of his luxury watches from him.

Their marriage was dissolved by the court, and in 2015, he was also in the news again for allegedly causing the breakup between Disebo Makatsa and DJ Sbu, however, Edwin reportedly severed his ties with her in 2019 and she was left bitter about it.

And then recently, he is rumored to be in a relationship with Instagram Influencer, Kefilwe popularly known as Kefiboo, as the pictures of both of them have been making rounds on the internet.