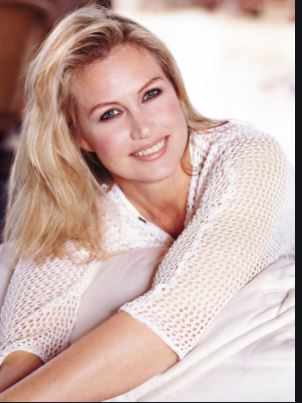 Anneline Kriel, is a former beauty pageant model who rose to fame in 1974 after being crowned as Miss South Africa and Miss World.

She was crowned at the age of 19 and she also became the second woman in the country to wear the highly competitive crown. Aside from being a model, she is also a talented actress who has made her mark in the movie industry.

Anneline Kriel has successfully maintained her fame in both industries with an overwhelming influence. Her story has become a remarkable and notable one of “not giving up until the prize is won.”

At the end of her tenure as Miss World, Anneline delved into the advertising sector where she began to model for brands.
Despite having a humble upbringing, Anneline didn’t stop in her quest for success, everything about her oozes creativity and style and this is even more pronounced in her attractive physique. Kriel is a woman who knows what she wants and stops at nothing to get it.

Here is the talented actress’ biography.

Anneline was born in Pretoria to a prison officer. Has a child, she spent most of her childhood at Witbank, a small mining town, along with her two siblings.
She attended the University of Pretoria where she majored in Drama studies.

After completing her studies, Mrs. Bacon made an Afrikaans short story for television. She also made “Somer,” a film from one of the school set books authored by CM Van Den Heever. She mainstream career was influenced during her study years as a student in the University of Pretoria.

In 1980, Anneline got married to Sol Kerzner on her return to the country from New York. The couple divorced five years later, and in 1989 Anneline got married to Philip Tucker. The new couple stayed in Johannesburg where they had a two children namely; Tayla and Whitney Tucker.
Her marriage to Phillip also failed and their divorce was finalized in 1994. Three years after the divorce, she married Peter Bacon, and she has been married to him for 23 years.

The chief executive officer and former protege of Kerzner, Peter Bacon, must have truly charmed Anneline’s heart considering that the couple has maintained a longstanding relationship of 23 years. The couple now reside in Mauritius.

Aside from becoming the Rag Queen, Kriel also won the Miss Northern Transvaal Competition, Miss South Africa 974 title, and also the Miss World 1974 title all at the age of 19. Besides her modeling career, she has starred in different Afrikaans movies, soap operas and stage plays. Her pop hit single ‘He Took Off My Romeos’ also later crowned her career.

While she worked has a model, Anneline modeled in Paris and later with Johnny Casablanca Model Management Agency in New York. She also worked and stayed in Italy for five years where she rose to become a successful and dedicated beauty queen.