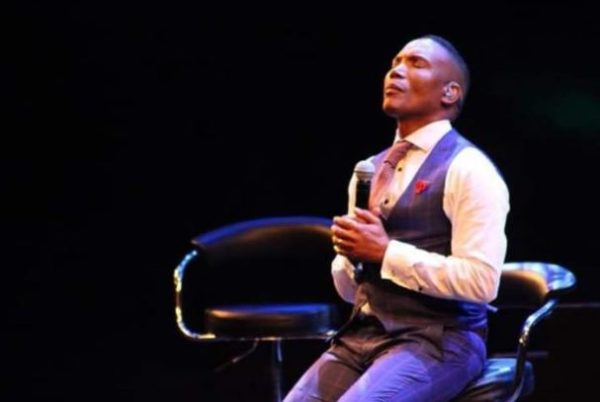 The 49-years old pastor was raised in a small farm located in Sebokeng which is in the south of Johannesburg. As a child, he aspired to be a lawyer and a professional football player. Nevertheless, he started singing at six years and his musical career started in high school when he was discovered by a late friend. Sharing the word of God through singing gives him great joy. He enjoys reading the Bible, praying, and engaging in fellowship with other gospel artists, which has inspired and guided him in his everyday life.

He is married to the beautiful Nellie Sibisi-Zimu, and they have three amazing children. Neyi Zimu and his family are an example of a good Christian family. He teaches his children to respect everyone and to fear God so that they can be good role models for their children. Pastor Neyi claims to draw inspiration from his family and close friends.

He has been a pastor for 13 years. He founded the All Nations Revival Ministries in Midrand, Gauteng. Unfortunately, in April 2019, his church was robbed twice. The thieves made away with chairs and a new sound system. Neyi was very angry with what had happened and said that the thieves had no regard for the word of God.  “I’ve been in the gospel industry since 1992. It’s been a very long and tough journey.”

That is everything you need to know about Neyi Zimu, a loving husband, father, songwriter, producer, singer,, and pastor. Below you can see a video of him performing Jehova Retshepile. This is a man who despite trials and tribulations continues to serve God through the many talents that he has nurtured throughout his life.

His works can be traced back to 1996 where he founded Family Factory and Joyous Celebration. This collective saw him collaborate with various artists. In 2001, he released his much-anticipated album “Excited” which featured Concorde Nkabinde and Jazz duo “Tsunami.”

Excited was a success, and it paved the way for later albums such as ‘Ena ke Nako’ in 2003, ‘Message’ in 2007, ‘I trust in You’ in 2013, ‘Friends in Praise’, ‘Another level of Worship’, and last but not least, Neyi Zimu new album called ‘ The Waiting is Over’ in 2017. ‘I trust in You’ was done with the recording label, SPIRIT MUSIC while ‘The Waiting is Over’ was done in his label, NN Productions. When asked by the People’s Paper about his new album, he said, “My album is doing well. I have been receiving positive feedback and I hope that people will continue supporting this album.”

He wants his new album to make people feel uplifted when they listen to it. This was made possible by live recordings which have become common practice in the ever-changing Gospel industry. He feels that it is the right time to contribute to his live music since God has given him the chance to do so. Neyi has performed on stage with well-known acts such as the late Wendy Mseleku.

During their South Africa tour, he performed with The Manhattans as well. He has shared the stage with his mentor, Pastor Benjamin Dube, as part of the Spirit of Praise. He has also sung alongside Sibongile Khumalo, Vuyo Mokoena, and Rebecca Malope. He encourages Gospel artists to always put God first instead of focusing on making money. He has been part of projects such as ‘Healing in His presence’ which was led by his mentor, the great Benjamin Dube. He featured in the gold-selling, SAMA award-winning, Spirit of Praise in 2012 which was a live recording done at the carnival city big top arena.

This is a man who despite trials and tribulations continues to serve God through the many talents that he has nurtured throughout his life.