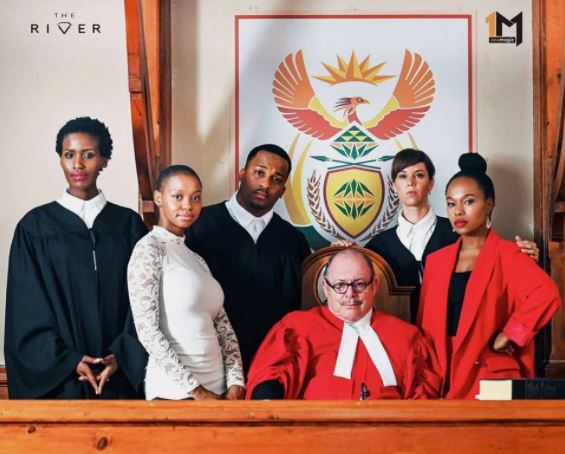 One of the best ways to check how entertaining a show will be is to go through its highlights. Apart from that, an idea of the total viewership is also essential.

If you have been following The River 1 (on Mzansi Magic) Teasers closely, you can also attest to the fact that it’s the drama series that one can watch and never regret of wasting his or her time on.

If you want a television drama that has an excellent plot and is full of secrets, betrayal and other exciting elements, then, The River 1 teasers should be your next consideration.

If you’av followed the previous episodes of this drama series and you are curious to know what happens this month. Here’s a run-down of what to expect in each of the episodes of The River for April 2020:

Zolani becomes horrified after finding out that the big secret Lindiwe has held close could be revealed, while the Dikanas discover that something is off with Sheree.

Shakes wishes he stayed back at the police station, where his safety was guaranteed. Also, Nomonde finds out what is hidden between Sheree and Zweli.

Paulina, who is ridden with guilt, and Lindani come in contact, for the first time, with Walter after all the accusations have been cleared. At the same time, Nomonde keeps working on her plan to bring together Zweli and Sheree.

A rise in tension between Zweli and Sheree gets him prepared for fresh pain, while Walter runs out of luck.

Oupa strives to prove to everyone that there he has changed. Zweli finds out the need to let go of Sheree in the shortest time possible. But then, do you think he is approaching the right person for assistance?

A new aspect of Oupa unfolds, while Zweli’s discovery of certain perturbing information concerning Sheree gets him worried about how safe his children would be.

How Zweli plans to treat Sheree backfires as Cobra and Oupa disagree on the new business.

Oupa and Cobra accept a massive order that seems impossible to handle, while Sheree does not allow Zweli to do anything else except having him by her side in bed.

Oupa and Cobra get to know about a deal capable of transforming their lives. Then, Zweli skates on thin ice that has to do with his marriage.

Zweli rejoices as an uncomfortable chapter finishes, while Oupa and Cobra discover that they are in a situation that could cost them their tender.

Oupa and Cobra disagree because of the bakery, while Sheree has an unimaginable ultimatum for Zweli.

Cobra hinders Oupa from carrying out what may lead to regret eventually. At the same time, Zolani comes face to face with Zweli concerning the suspicious attitude that he has experienced in their place of abode.

Zweli speeds up the plan to evacuate Sheree out of his house, so she does not end up exposing him to Lindiwe. However, do you think he can achieve that on time? Oupa and Cobra come in contact with an angel investor.

About the time Zweli is rejoicing over his success, Sheree stops giving her support. Also, the business deal of Oupa and Cobra is in a precarious situation, while Walter discovers another side of Flora.

Theme: A dark web of lies

Cobra and Oupa come under pressure to do an unimaginable thing for the better things they are expecting. Then, Lindiwe gets dishonourable information she never wished to be privy to.

Theme: It wasn’t me

Cobra and Oupa find out the challenging route that money takes the world through. It is also worth finding out how Lindiwe is likely to handle Sheree’s confession.

The marriage of Lindiwe and Zweli goes down the drain the more, while Oupa plans taking drastic steps against the warden while securing the bakery.

Lindiwe exceptionally decides on the best way of handling Zweli. At the same time, Paulina makes a generous offer that surprises Cobra.

The bakery goes through a fresh set back, while Sandra deposits dangerous seeds in the mind of Lindiwe.

Zweli eventually accepts the truth, only that Lindiwe is working on a fresh plan already. A horrible thing happens at the bakery.

Sheree is unable to perceive the truth behind the plan that Lindiwe has for Zweli. Also, the bakery of Cobra and Oupa get a surprise life line.

Malefu challenges the Warder over the exploitation of Oupa and Cobra, while Zolani makes haste to save the life of Zweli. Then, Oupa comes up with a workable plan that can set them free from their financial mess.