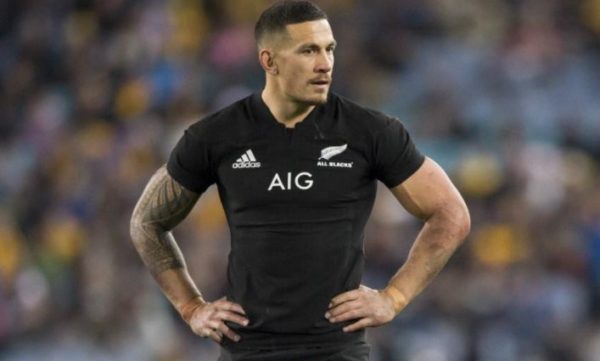 Sonny Bill Williams is a prominent sportsman from New Zealand, born on August 3rd, 1985 in Auckland, New Zealand.
He is a rugby union footballer and boxer. He is only the second player after Karl Donald Ifwersen to play for New Zealand in rugby league as well as rugby union.
Williams is also known for his boxing career. He is the former ‘WBA’ International Heavyweight Champion and ‘NZPBA’ Heavyweight Champion.
Sonny’s mother is a white New Zealander while his dad, who was also an accomplished rugby league player, is from Samoa. He has an elder brother, John Arthur, and younger twin sisters Niall and Denise.
Alana Williams, formerly known as Raffie, is wife to Bill Williams. The two got married in a secret ceremony held in August 2013 after dating for approximately six months. Alana and her husband managed to keep their relationship a secret until they announced it on social media in 2014.
Their family and friends who attended the wedding ceremony that was held just before the 2013 NRL grand final swore not to tell anyone about the wedding and even Sonny’s Roosters teammates, as well as his close buddy, Anthony Mundine, were left out.
Since tying the knot, Alana and Sonny stayed away from social media and even rejected an opportunity to get paid six figures by selling their wedding to television and glossy magazines.
Sonny Williams wife Alana is a South African model and a former student at Westfield Sports High School, where she perfected her dance skills. Before she was married to Sonny, Alana worked as a professional dancer in one of the Brazilian nightclubs but is now a converted Islam.

When the couple got together in 2013, Bill was 28 years while she was a 20-year-old aspiring model. It is, therefore, safe to say that this year, Alana will be turning 27 years old, and her husband will be 35 years old.

In 2017, Alana Raffie started equipment for hire business dubbed Slumber Bumba. The company offers the ultimate sleepover experience for kids. The main objective of the firm, according to its website, is to help busy parents create great memories for their children at an affordable cost.

Bill and Raffie are proud parents to three adorable kids with the fourth one on the way. They have two daughters, Imaan (born in 2014) and Aisha (born in late 2016), and son Zaid (born in June 2018).

Most people were surprised to learn that the two were blessed with a baby boy in June 2018 following a post he did. This is because no one even knew that the couple was expecting a third child as they had not made it public. Presently, the couple is expecting their 4th child, and this time they announced early.

Sonny has always held his wife Alana in high regard, and he expresses how thankful he is to have such an amazing wife.