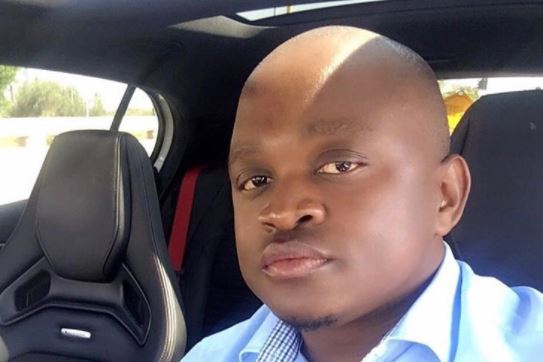 Nico Matlala who is usually entangled on controverial issues is a South African entrepreneur who is better known for his flashy lifestyle and dating high-end celebrities like Palesa Madisakwane, musician KB and Lebohang Mabe.

He is a 34-year-old businessman born and raised in Polokwane, Limpopo South Africa. He studied in the University of South Africa (UNISA)

Nico owns 6 luxurious cars and he flaunts them on social media, most especially on Facebook.

In May 2016, Mr. Matlala founded Ketsopele-it solutions, a company located in the Johannesburg area. He also co-founded Matlashezi (PTY) LTD in 2007, still in Johannesburg. According to his Linkedin profile, he has been the chief executive director of Asisebendzeni(PTY) LTD for the last six years and nine months. In 2013 he took up a job at Philile-thina as the Managing Director, an office he still occupies to date.

In July 2017, he caused quite a stir after snatching Lebohang Mabe from Shaun Andile Naki. And to rub the salt in the wound, Matlala went on to start a Facebook page which primary purpose was to mock Shaun. Through the page, he mocked and repeatedly lectured his rival on how he should have treated Lebohang. However, only four months later, he was all over social media for throwing the poor lady out of his house with the help of the police.