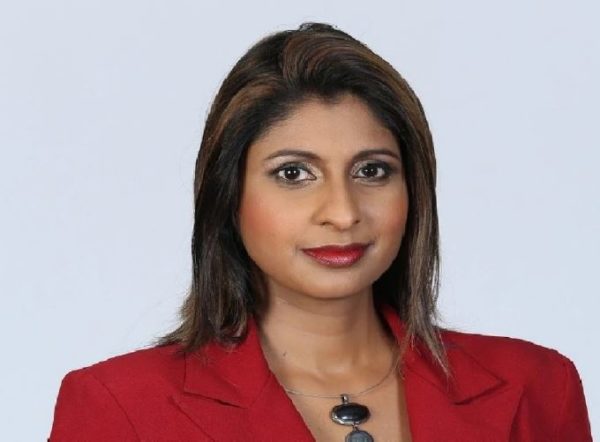 Joanne Joseph is a South African born media personality who works as a Radio host, Bulletin writer, presenter, and author. The radio star is private about her life.

Her career on the radio started way back in 1998 when she was working at YFM. She’s been in the Television and radio industry for over 20 years and has hosted prominent television shows on SABC and eNCA. In August 2020, she bids goodbye to radio station 702.

Between 1990 and 1994, she was studying at Maris Stella School in Durban. She proceeded to the University of the Witwatersrand for further studies. By the end of 2006, she graduated from the institution with a Master’s degree in Modern Languages and Literature. Perhaps, this helps explain why she is the queen of the airwaves. Also, it is significant to point out that she is proficient in both English and French.

Despite being private about her life, she’s confirmed in interviews that she has a husband and daughter.

oanne has worked in two prominent television channels in South Africa — SABC and eNCA. First, in SABC, she was employed as an anchor and bulletin writer. She used to read the news at 7 am in a program titled News at 7.

After several years with SABC, she decided to explore the media scene by moving to eNCA live, which is a 24-hour news channel. Here, she also worked as a newscaster. Majorly, while working at eNCA news live streaming, Joanne managed to interview eminent individuals including politicians. Also, it was her role to update her viewers on national and international matters.

In 2013, she authored a book titled Drug Muled, Sixteen Years in a Thai Prison. The book is among the best-selling right now.