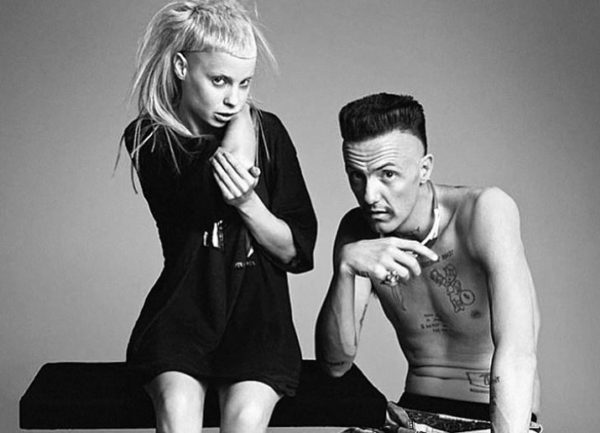 Die Antwood is a South African hip hop group formed in Cape Town in 2008. The group comprises rappers Watkin Tudor “Ninja” Jones and Anri “Yolandi Visser” du Toit, a male/female duo, and producers HITEK5000 and Lil2Hood. The group name means The answer in Afrikaans. The duo’s music is futuristic and exciting, and the lyrics are usually in Afrikaans, English and Xhosa.

Ninja Die Antwoord: Ninja Die Antwoord was born as Watkin Tudor Jones on the 26th of September 1974. He is a 44-year-old actor, music video director, rapper, record producer, and songwriter. Before forming Antwoord, he was the lead vocalist in the band Max Normal that released an album in 2001. The band broke up, and he went on to establish The Constructus Corporation that also broke up in 2003. He later revamped Max Normal to MaxNormal.TV, a Hip Hop group. In 2008, he and Yolandi formed Die Antwoord.

Yolandi Die Antwoord: The female vocalist of the group is Yolandi Visser. She was born on the 1st of December, 1984 in Port Alfred, South Africa, and she was named Anri du Toit. Die Antwoord Yolandi was raised together with her older brother. Both she and the brother were adopted children of a church minister and his wife. At the age of five, she studied at the all-girls school known as St. Dominic’s Catholic School. She furthered her education at the Lady Grey Arts Academy. She is a 34-year-old rapper, actress, songwriter and music video director. Yolandi Visser before Die Antwoord was a member of The Constructus Corporation and MaxNormal.TV.

Zef music: Ninja Die Antwoord and Yolandi are avid supporters and followers of Zef. What does it mean to be Zef? Zef refers to a counterculture interest group. In their Zef music, the duo combines different cultures.

2009 was the year that Ninja and Yolandi began their musical journey after the release of the first album $O$ that was availed free online.

The single Enter the Ninja made the album a success. The video of the song was on YouTube for nine months before it became famous. The song that features Leon Botha gained so much viewership that the servers crashed. The group then moved their official website to an American server that could handle the traffic. The group was later signed with Interscope Records after releasing this album. In April of the following year, the group toured Europe and gave electrifying performances.

The working contract with Interscope Records came to a halt when the group established its label, Zef Records. Zef records produced the second album, Ten$ion in 2012 and the third album, Donker Mag, in 2014. Ninja and Yolandi released Mount Ninji and da Nice Time Kid, their fourth album in 2016. There is a characteristic interplay in their Zef Songs between Ninja’s swagger and the high-pitched parts by Yolandi.

Die Antwoord last album: At the beginning of 2017, the duo announced that it would be releasing the fifth and final studio album. This album was released later under the title House of Zef. In May 2017, Love Drug, the first single from House of Zef was released. Why did Die Antwoord break up? Yolandi and Ninja had a plan of releasing a maximum of five albums before breaking up to pursue other ventures. Although they will not be releasing another album, they are still working together especially in tours and concerts. They are also in the process of releasing the final video. On the 3rd of May 2019, the duo released the second single, DntTakeMe4aPoes. The song features G-BOY. The complete album will be featuring several upcoming rappers from South Africa. They have a 2019 House of Zef Tour of America lined up soon.

As Ninja and Yolandi worked together, they grew closer and started a romantic relationship. Out of this relationship, Yolandi Visser daughter, Sixteen Jones was born in 2006. The Die Antwoord daughter is now 13 years old. But they ended the relationship and never got married.

From their career in acting, rapping, writing songs, and producing music, Yolandi and Ninja have amassed riches. The duo has a band whose worth is estimated at $5 million. Ninja net worth is approximately $10 million while Yolandi also has a net worth of $10 million as well. 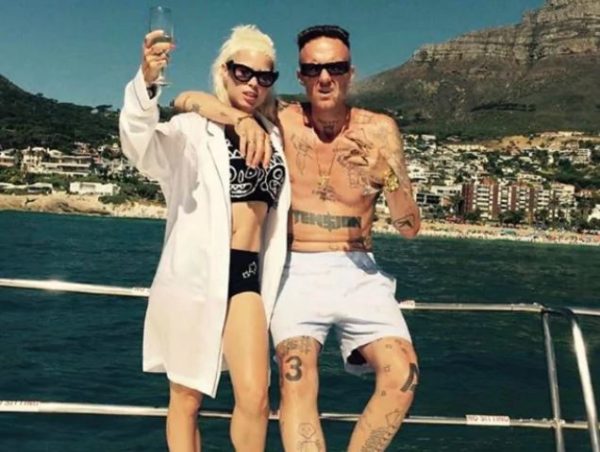