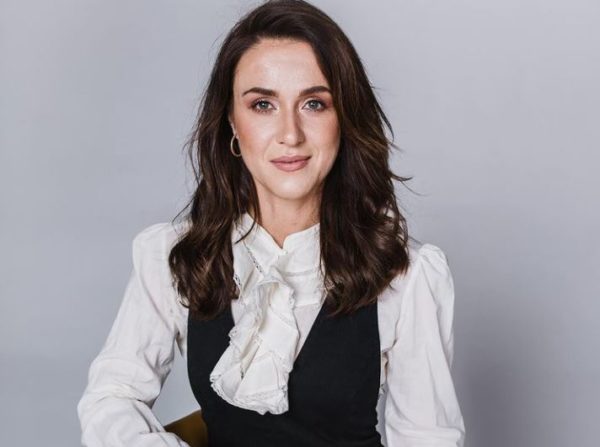 Cindy Swanepoel is a South African actress, born on the 15th of December 1981, at Krugersdrop, but raised in Pretoria.

The actress promotes just her work, and keeps her love life secret.

She graduated from the University of Stellenbosch with a BA Drama (Hons) back in 2003. Cindy began acting professionally when she debuted in a theatre production of Kringe in ‘n Bos, whose director was Marinda Engelbrecht for Artscape. She later acted at the KKNK festival, back in 2004.

Cindy has made major strides in her career from when she debuted as an actress. She has been in many theatre productions including the musical Houtkruis where she acted two times. The musical was first directed by Elzette Maarschalk in 2008. The second time in 2011, Stephen van Niekerk was the director. In addition to this, she also made an appearance in The Crucible which was directed by Alby Michaels. She was also part of Curl Up and Dye, a 2013 production that was directed by Sue Pam-Grant who was also the show’s playwright.

With a few roles to her name, she had gained some experience and decided to move to Johannesburg from Cape Town as a means of furthering her career. She went on to make her TV debut in the famous M-Net soapie called Egoli back in 2005. Her role in the show was that of a phantom hallucination known as Julie.

She has appeared in several TV series among them being the SABC2 drama series ‘The Mating Game’, ’90 Plein Street’ and ‘Geraamtes in die Kas.’ She has acted in soapies including ‘7de Laan’, ‘Villa Rosa’ and ‘Generations.’ Apart from the two genres, she acted in the improvisational comedy series known as Laugh Out Loud and Proesstraat. Also notable, the actor has been part of kykNET’s drama series Sterlopers and Pandjieswinkelstories; as well as the BET Africa superhero action series called Jongo, just to mention a few of her shows.

The star originally acted as Chrystal back in the 2010 when she was part of the feature film Getroud Met Rugby that gave rise to the current popular soapie. She is also noted for having acted in other films such as Die Staat se Bul, Natie’s Garage, Eenrigting and Ballade Vir ‘n Enkeling.

Taking a different direction in her path, in 2011 she partnered with 2 others to start Pôkô Events and Productions. The company initially specialized in shadow and children’s theatre. She went on to work on a number of films and corporate theatre for different top-notch clients such as Shoprite, Eskom, Firebrand, Mindset and Siyaphila. \

Additionally, Cindy acted in TV commercials for big brand clients such as RICA, Vodacom, DStv, Citrus Soda and Xpanda. Throughout her job as an actress, being fluent in both English and Afrikaans has come in handy.