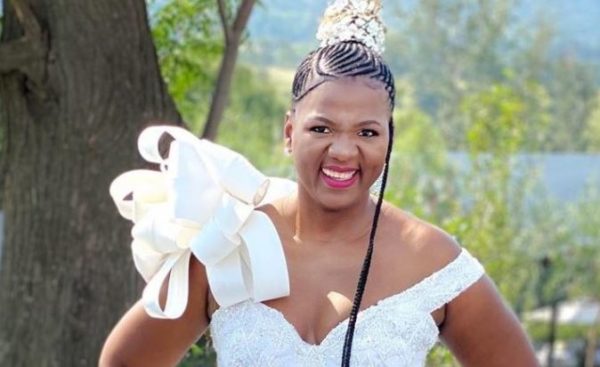 Shauwn Mkhize (born in KwaZulu-Natal) is a famous South African businesswoman known for flash lifestyle and her reality show Kwa Mam’Mkhize that airs on Mzansi Magic.

She was raised by her late mother, Florence Mkhize who was the ANC veteran and anti-Apartheid activist.

Shauwn is a strong woman who had undergone a lot in her journey despite her luxurious life. Despite the government allegations and her seized property, nothing stopped her.

The businesswoman has been known as the power couple in South Africa. She met with Sbu Mpisane at a party, and as a result, they ended up dating and later married.

They are known to have lived a lavishing life as a couple, but now, Shauwn Mpisane divorce has already finalized with her ex-husband. Due to her divorce, she has dropped her husband’s surname and gone back to the name of her father, Mkhize.

Their marriage was honoured with two children by the names of Sbahle Mpisane and Andile Mpisane. They have a family pet, a vast snake.

The latter is also known to have been featuring on TV. Her new reality TV show known as “Kwa MamMkhize“ premiered on Mzansi Magic that debuted on 9th Jan 2020, and it mostly featured her two children.

The multimillion-rand Shauwn Mpisane house has been the talk of the town of Durban Suburb of La Lucia. Mpisane house mansion is guarded 24 hours, where security guards are posted everywhere within the property.

In 2014, the Mpisane family was said to have bought their neighbours properties at around R2.9 million. They then demolished that house and built an entertainment pad for their son Andile where they spent approximately R2 million to do that work. They called it a teenage pad just for their beloved son.

During the 16th birthday of their son Andile, he was gifted a Mercedes Benz worth R2.3 million. Shauwn is known to be a rich lady due to her hard work. She has different businesses, which include Zikhulise Maintenance and Transport, Zikhulise Auto Recoveries, and Inyanga Trading. She also owns the PSL football club and Royal Eagles FC.

The rich businesswoman Shauwn Mpisane has been having tax and tender fraud charges, but she still manages to own her businesses.

In 2007, the family bought an adjoining property that was converted into a showroom just for their fleet of cars. Some of the Mpisane cars include Maserati Pininfarina, Aston Martin, Porsche Turbo, Ferrari, among others. Many people admire her life since she is an independent single lady.

Shauwn Mpisane is not the birth mother to Sbahle, but she is her step-mother. Many people only found out about this when Shauwn addressed the topic on her reality show, where she emphasized that the socialite is her daughter, even if she never gave birth to her.

She admitted that she loves Sbahle as her daughter because they met when she was around six to seven years old. She added that her bond with Sbahle would never go away.