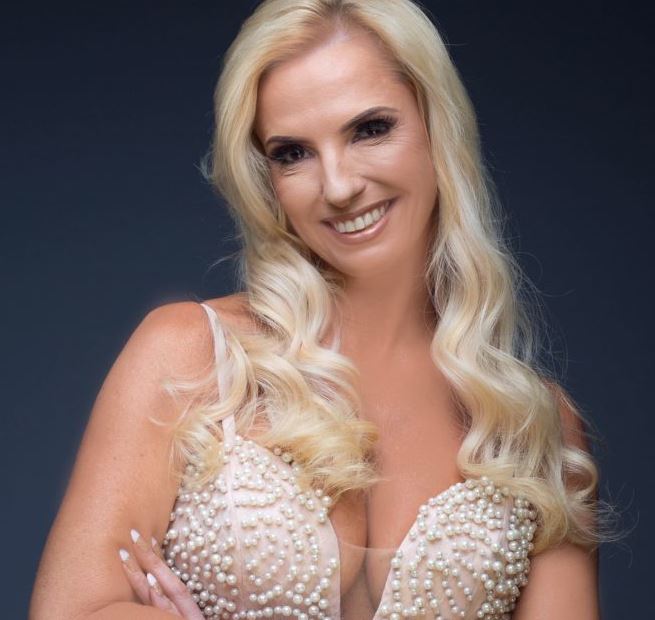 Christall Kay is a South African performer and television personality best known for starring as one of the Housewives in the docu-reality series The Real Housewives of Johannesburg.

She became one of the most talked about characters in the the hit show that follows over-the-top lives of six wealthy socialite.

Christall Kay functions in many roles, from being a reality television star to an actor, businessperson, lawyer, model, as well as a singer.

From a tender age o f 7 she started rehearsing and preparing for her future singing career to the songs of world-famous artists such as The Village People, Dolly Parton, and Olivia Newton-John. Christall was breed and born in Durban, South Africa. She claimed to be influenced by the region she grew up, hereby, defining her lifestyle, glamour, and personality.

Christall Kay how old is she?

Christall Kay age remains unknown to the public. According to some tweets dated 12th October 2018, she claimed to be 27 years of age on an episode of The Real Housewives of Johannesburg (abbreviated as RHOJ).

She attended Grosvenor Girls High School. Afterwards studied at the University of KwaZulu-Natal and Wits University in the disciplines of vocal training, music and marketing. She then moved to New York City where she stayed for six months.

Career in Law, Showbiz, and Real Housewives of Johannesburg

Her first main career was in the legal profession. She said the following in regards to her initial decision to pursue a career in law. But diverted cause South African law wasn’t what she had saw on American television shows. For this reason, she would ultimately quit being a lawyer after several years. This was so she would be free to pursue other avenues for exploring her creative side.

After wrapping up her studies, she went to New York. She spent a total of six months there connecting and working with some of the city’s local musical talents. She returned to South Africa and joined the Afro-Pop band known as Seed as its lead singer. During this time, she was very active in the Johannesburg scene. In February 2014, she put out her first single titled Set Apart, receiving credit as both its singer and songwriter.

In the year 2018, she was named among the six original participants of the very first season of the upcoming 1Magic docu-reality series, The Real Housewives of Johannesburg. She is one of two housewives to have a main recurring role in its two seasons so far.

Christall was married to Eddie Kay. After 8 years of marriage, they got divorced in May 2019 with a child together. She also confessed being in love with a UK-born businessman residing in Johannesburg.

Her official Instagram account has approximately 22,800 followers. It is the best place to get her recent pics.