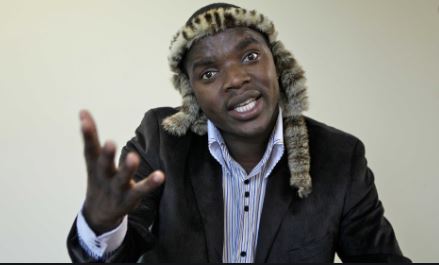 Ngizwe Mchunu, is one of the top radio presenters in South Africa, he enthralls his listeners with his rich radio voice and the juicy topics he brings up for discussion whenever he is on air.

The popular DJ was renowned for hosting the Ukhozi FM live, and the Sigiya Ngengoma show. His appointment with the station was however terminated when he was accused of violating the terms of his contract and sharing confidential information about the radio station to outsiders.

He was also accused of breaching the station’s rules when he announced on air that Ukhonzi FM would air live at Mroza Fakude’s victory party before it was been sanctioned. After he was fired, he tried using legal procedure to get the station to hire him back but his efforts were futile.

Mchunu’s troubles weren’t restricted to his career, he had a couple of them in his relationships too as he is presently in his third marriage. He was once married to Sphelele Nxumalo and Lindi Khuzwayo both at different times but his relationships with them hit the rock and they were got divorced.

When he married his third wife, Florida Mthimkhumulu in October 2014 and paid her bride wealth, his two previous wives charged him to court that he was trying to marry someone else traditionally while he was still married to them in the same way and so the marriage was nullified. However, the radio personality eventually married Florida in a private ceremony in 2016 without the present of the two wives.

Florida, the present wife on the other hand, believes that the troubles she encountered before getting married to Mchunu was because she had rejected her calling of being a sangoma, as she went to Empangeni and trained to become one.

Presently, Mchunu operates an online radio station after his fans clamored and mounted pressure on him to be back on air. The radio station is situated at Durban University of technology, and its main purpose is to promote traditional music.

Currently, the online station is only available to residents in Durban, but he is working hard to ensure the broadcast reaches his fans across the country.