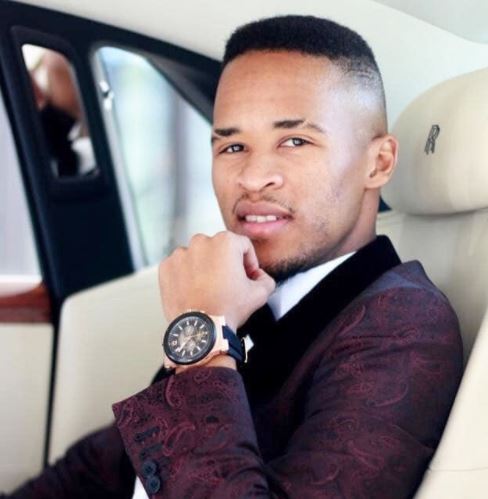 Louis Tshakoane (born 4 August, 1989) is a successful Forex trader in South Africa. He is one of the most popular Vuzu Rich Kids.

His father Louis Tshakoane Sr. is a former public relations officer of Kaizer Chiefs while Komane is the name of his mother.

The Rich Kids of South Africa star went to local schools in the country. He went to Edenglen High School for his secondary-level education.  Today, Louis Tshakoane is a successful Forex trader.

Louis is one of the famous rich kids in South Africa today. He is a 30-year-old millionaire who started his first business when he was a teenager. He was passionate about business from a tender age. His first business was Botho Gym.

He started the gymnasium that is based in Tembisa with the help of Sir Richard Branson. Sir Branson gave the young businessman gym equipment worth $200,000. The move came after Louis sent Branson a business proposal for a gymnasium.

Branson was impressed by the proposal and decided to assist him. Louis started the gymnasium to help the young people in his locality by keeping them away from crime and drug and substance abuse.

After that, the rich kid worked for a few high-profile companies, including UBS and Lamborghini. While working for these companies, he established networks that would assist him in his future endeavours. The young man also worked for two years as a missionary in his home country.

As he did his businesses, Louis discovered that business people and millionaires did not trust each other. This realisation was the birth of his new company, Undercover Millionaires International. The new venture aimed to establish a network of business people who would interact to combine energies, wisdom and ideas.

One of the critical elements of Undercover Millionaires is giving back to the community and changing the lives of people. The company gives youths a platform to showcase their ideas and supports them in the implementation process.

In May 2019, he hosted a free Forex seminar to students and gave them each a trading account. He also has another holding company, Undercover Billionaires, that helps young people.

In 2017, Louis faced a backlash because of his Undercover Millionaires initiative. Many people questioned the source of his wealth and the legitimacy of this company. The same year, he was at loggerheads with Andile Mayisela, a famous Forex trader, because he had failed to refund the amount of money he owed her.

Questions regarding his source of wealth started circulating in the media after Vuzu TV aired the Rich Kids reality show in 2016. His company deals with cryptocurrency trading. Some people have called him a fraudster and scammer.

In late May 2018, a warrant of arrest for the Tshakoane’s was issued by the relevant authorities. News of Louis Jr Tshakoane in jail spread across different media platforms. He allegedly dismissed these claims on Facebook, saying that he had been on vacation in Dubai, and not in prison.

The post was put up in an unverified account bearing his name. However, his parents, who also run Undercover Billionaire, were reportedly on the run from the authorities. The Financial Sector Conduct Authority had not authorised the company, yet many people had invested their money.

Viral Feed has listed Louis as one of the wealthiest Forex traders in contemporary South Africa.

The Rich Kids star is an affluent person whose life is expensive. His luxurious life became public in 2016 when he starred on the Vuzu TV reality show. At the time, he lived in a luxury house that had a personal chef. His car collection was also featured in one episode.

His fleet included a few BMW and Audi vehicles. Among these was a BMW M4 Coupe with a value of about R1.7 million. He also showcased an Audi RS3 that had an estimated cost of R800,000 at the time. All of his vehicles had the Undercover Millionaires logo.

The rich kid has authored one book which is now one of the best-sellers in the country. The book’s title is Forex Millionaire in 365 Days by God’s Grace, and it retails for about $75. As of March 2019, the book had reportedly earned him over R2 million in sales and revenues.