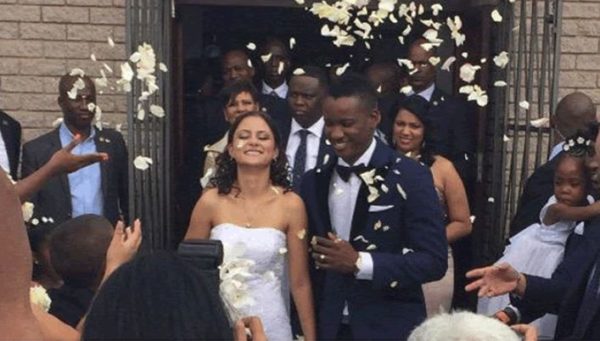 Duduzane Zuma, the son of former President of South Africa, Jacob Zuma tied the knot in a private wedding ceremony.

The young man tied the knot in a serene environment with his wife, Shanice Stork.

The wedding took place in Newlands, Durban at the New Apostolic Church in 2015. It was a private event that was attended by politicians, business people, celebrities, family and friends of the Zuma. The event only had 500 people and after the wedding, the ceremony was moved to Fairmont Luxury Resort and Hotel. There was tight security in the ceremony, particularly because of the President and other public figures.

Check out photos from the wedding below: 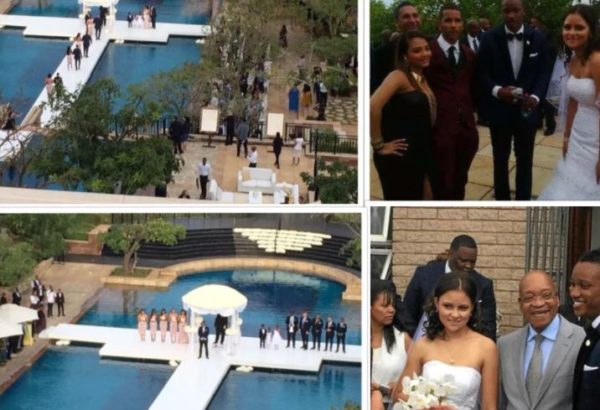 Duduzane is now into business and still happily married to his wife Shanice Stork. Duduzane is a popular business person in South Africa. He came to the limelight after his father Jacob Zuma was elected as the president of ANC. Later on, his father became the president and this exposed Duduzane more to the public. Duduzane owns several investment businesses in the country. Some of them include Mabengela Investments, Westdawn Investments, Gemini Moon Trading 254, Karibu Hospitality, Afripalm Horizons, Sahara Holding and Shiva Uranium. As portrayed in the media, Duduzane lives a very lavish life. He not only owns several cars but luxurious ones. His house in Johannesburg is quite big. Some time back in 2009, it was reported that he spent R200,000 weekly on a luxury ship. Such accomplishments show that he has succeeded as a business person.

Despite being married, he’s become a favourite to most Mzansi girls.

He’s revealed his desire to run for the coming presidential election, but it’s garnered controversy on social media, as some people claim he is being deceived by his social media fame.