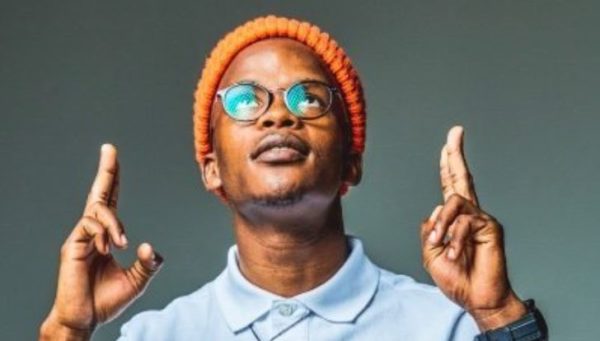 Nkazimulo Ngema, popularly known as TNS, is a young but exceptionally talented singer, DJ, and producer. It is only a few years into his career, but he has already made waves in the South African entertainment scene.

The uprising star is widely recognized for hits such as Banomoya, My Dali, and Club Controller.

Despite the challenges, he remains focused and determined to make it big in the entertainment industry. Also, he is a responsible and loving husband and father.

The rising star was born on 18th July 2000 in Mandeni, KwaZulu-Natal South Africa. Even so, he does not have parents or siblings.

Unlike many celebrities, Ngema had a troubled childhood. He grew in the streets, where sleeping and getting a meal was a big challenge. Interestingly, his passion and desire to fight for what he believes kept him going despite all these difficulties.

Music has always been his first love from childhood. However, he officially entered the scene in 2012. Five years later, he met with Prince Kaybee, who brought him to the limelight. Since then, he has been showcasing his talents to the world as a music producer, singer, and DJ.

Over time, his popularity has been growing in the scene. So far, he has released several projects, which are doing exceptionally well. Some are his solo projects, while others are collaborations with established musicians in the country. Interestingly, most of his songs are receiving massive airplay on both radio and television.

The artist recently bought a brand new car after Prince Kaybee took away the Golf car he had bought him. Contrary to his expectations, some men bullied him for not renovating his house before purchasing the vehicle.

At the moment, various sources are reporting different figures as his net worth. Roughly, TNS net worth ranges between $878 and $5.2K. However, the value has been growing yearly. Besides, he dreams of becoming a millionaire someday.

Ngema and Prince Kaybee had a major fall-out in 2019. The cause of their messy split is a puzzle that remains unsolved. What is known so far? TNS alleged that Kaybee denied him rightful ownership of his songs. On the other hand, Kaybee accused the uprising star of sleeping with his girlfriend. Apart from this, TNS said that there is no bad blood between them.

The young and energetic music producer recently shocked his fans when he posted an Instagram live video. In the video, he seems troubled and afraid because of the life threats he has been receiving from a group dubbed Durban United.

According to him, the group wants him to surrender his music career. He goes ahead to mention that he is alone, and he cannot fight them as an individual. At last, he breaks down in tears while telling them to take the music. Importantly, he pleads with them to spare his life.