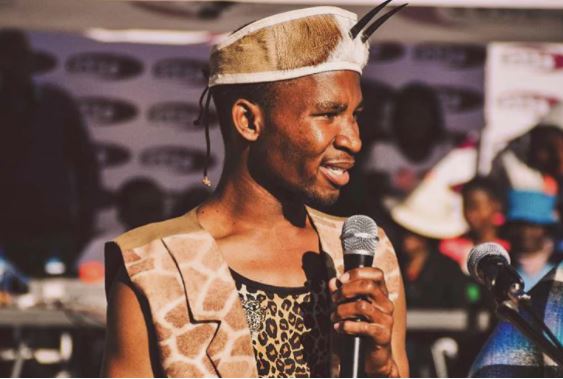 Africans are fervent about their cultural beliefs. They hold dear the heritage of their ancestors in all they do, and this is reflected in their values, beliefs and even daily lives.

However, some cultures have a wealthier mix of cultural heritage than others and one of them is the Tswana people.

The Tswana people are a Bantu-speaking ethnic group that resides in the southern part of Africa. The ethnic group is the native people of Botswana and they spread to the North West province of South Africa, where most of them live.

The tribe is one of the most dominant tribes in the country and they are popular in the country for several of their distinctive features which include their Tswana dance, their unique Setswana names, their Setswana food and cuisine, and especially their gorgeous wedding dresses.

The Tswana traditional dress which is mostly worn during the Tswana wedding are resplendent of their wealthy culture which is reflected in the colorful attires and in the way at which the values of the tribe are upheld in high esteem.

The Tswana also called the Batswana, speak the Setswana language which is closely related to the seSotho.

Their emergence as a nation can be traced back to the seventeenth and eighteenth century when the advent of colonial rule began.

The kings of the nation petitioned to remain under British rule rather than the British South Africa company after the missionization of the tribe took place in 1816 which demanded them to embrace the migrant labor economy which was centered in South Africa.

They declared that they preferred to be governed by the British government, and this administration strengthened the role of the Tswana chiefs which then led to the dominance of the Tswana laws and customs throughout the nation.

It is believed by the present day Tswana people that most of their ancestors were bushmen, agriculturists or herders. And like several other African countries, who had their religious beliefs before the advent of colonialism and westernization, the Tswana people believed in a supreme being called Modimo.

The tribe thought Modimo to be a creator who was however remote and distant from his creatures. Aside from believing in a supreme being, they also believed in their ancestor who is known as Badimo.

The Badimo had a significant influence on the daily activities of the members of the tribe, and therefore, appeals to them were made with sacrifices, prayers, and appropriate behavior.
And on the other hand, it is believed by the present day Tswana people that most of their ancestors were bushmen and agriculturists.

However, today, most of the Batswana belong to African independent churches, which embrace the Christian and non-Christian beliefs, myths, and practices.

Aside from the colorful traditional attire of the tribe, the group has also maintained the spotlight due to its local cuisine. One of its most popular foods is the Bogobe.

This meal is a type of porridge made from sorghum and millet. Another of its very popular food is the Seswaa, which is the country’s national dish and it served at every occasion.

Water melon is believed to have originated from the country.

There are several ceremonies held by this tribe to celebrate or mark certain life events.  Some of these events include birth, marriages, circumcision, confinement, and even death. There were also other ceremonies held tied to the agricultural cycle such as those to make rain, to initiate planting, and the rituals for first-fruits.

However, these agrarian ceremonies are no longer practiced regularly like before.

The most iconic part of the ceremonies is the Tswana traditional attire. Since the Southern part of Africa is well known for its traditional dresses, this ethnic group elegantly displays it’s traditional wears.