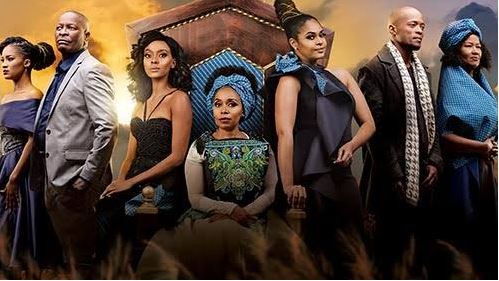 South African soap operas have a unique way of getting to you. The humour and drama that most of them depict, are one to die for.

The authenticity creates a homely vibe, the more reason why you should spare time to watch them. They have a special way of tagging you along, especially since most of them are situated in familiar places.

You could also catch a glimpse of the soap operas through the teasers, for instance, if you are a fan of The River, The River 1 Teasers December 2019 will perfectly suit you.

The River 1 Teasers for December 2019

These are the highlights of The River 1 episodes for December:

Tumi is overwhelmed as he gives the details of what is going to happen to Lindiwe. Zolani and Zweli get into a confrontation. As this happens, Zolani proves not to be the best option for a dissatisfied person.

Lindani confides in Tumi about the feelings that he had towards someone. The response that he gets dims his light. Meanwhile, Andile tries to join the dots on how Thato’s murder occurred.

The love that Tumi has towards Lindani plays a crucial role in saving him. Lindiwe finally finds a clue of the person that is trying to have her murdered. Lindani, on the other hand, seems to be fed up with Refilwe.

Andile stumbles upon a letter that had been missing. The contents of the letter leave him in shock. In the meantime, Lindiwe opens up to Zolani about her secrets.

The marriage between Lindiwe and Zweli is on the verge of crumbling. The Mokoena’s household finally finds out the identity of the person that murdered Thato. How will they react to this information? The situation between Tumi and Lindani intensifies, and their feelings seem to be mutual.

A lady that had an encounter with Zolani in the past resurfaces. Tumi, on the other hand, seems to be suffering becasue of the orders of Lindiwe.

Zolani insists that Veronica should leave. Meanwhile, Cobra is not afraid of spoiling one of his old friends using his mother’s money.

The worst happens to Veronica as she trips and falls off the stairs. Do you think Zolani will go on with the plan to send his mother out of the house? Do you believe that Cobra is going to turn back and become a criminal?

Cobra proves everyone’s fears when he changes for the worst. As this happens, Zolani’s mother does not show up as it was expected. This gets Zolani so worried.

Something good happens to the Mokoenas, and they are convinced that it is a blessing. Cobra faces a temptation that has high chances of changing his life. In the meantime, Veronica does something that reveals her real character.

Veronica realises that she has made a mistake and, therefore, asks to be forgiven. Lindiwe requests Flora to pry on her behalf. Khabzela cautions Cobra about associating with Percy.

Percy is coming up with a life-threatening plan. Also, Malefu stumbles upon a criminal in the lounge. This forces Veronica nad Khabzela to hide.

Lindiwe finds proof that brings out Veronica as a liar, which gets her so excited. Meanwhile, Cobra joins forces with Percy to request for Malefu’s help in executing their criminal activities.

The new business that Cobra is running forces him to stay in a locked store. Lindiwe is forced to creep to where Veronica is. Later on, Veronica establishes the person that she will use as her toy-boy.

Veronica does something that crushes Lindiwe. As this happens, Percy and Cobra engage in something that almost leaves them dead. They are lucky that Khabzela shows up right on time to rescue them.

Veronica makes her last move, and Cobra meets with one of his old foes. Zolani finds out that the woman that he loves is in a risky situation.

Lindiwe wishes that she could stop Veronica from using the influence that she has to control people. Meanwhile, Cobra does not have any other option but to let Goliath be part of the heist.

Veronica has another plan in mind. Will it be intense? Percy and Cobra try their best regarding their situation. Goliath, however, insists that they should do better.

Cobra does not seem to be loyal to his family anymore. Veronica, on the other side, appears to be in a worse condition.

The heist does not go well, and in the process, Cobra injures one of the people that are dear to him. Will he put up with the guilt of his actions? Meanwhile, Zweli decides to try out something harmful, and Lindiwe is forced to sit back and watch.

Goliath is still a threat even though he is behind bars. Lindiwe destroys someone who has been on her way for a long time.

Goliath does something terrible to Cobra. On the other hand, Minister Sibiya offers Lindiwe a prize. Will she accept it? If you have gone through

The River 1 Teasers for December 2019, make sure to catch the show from Mondays to Fridays at 19:00 on Mzansi Magic.