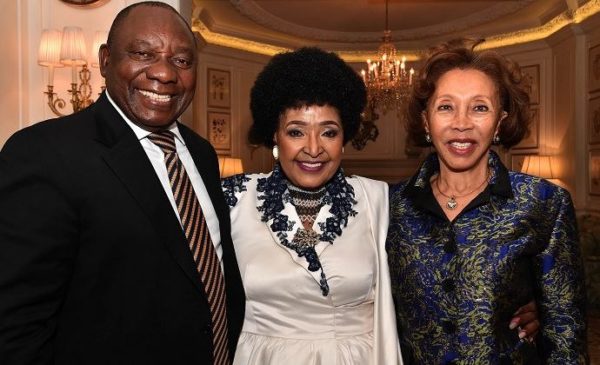 South Africa welcomed a new president on (15th of February 2018) in Cyril Ramaphosa and along with him comes a new first family. But, who are Ramaphosa’s wife and children?

As much as the first family enjoys to keep a low profile, there are still many interesting facts about them that will blow your mind.

For a long time now, the family has managed to keep a low profile. This has led to many people asking themselves endless questions about them.

It is for this reason that we have decided to explore the first family and present to you the following essential facts about the children of Cyril Ramaphosa.

Here is all you need to know about Cyril Ramaphosa kids and what they are currently doing.

1. The first family consists of 5 children

The president has five lovely kids. Three of the children are from his current marriage with Dr. Tshepo, while the other two are from his previous marriages with the late Nomazizi Mtshotshisana and Hope Ramaphosa, who is a renowned businesswoman.

Most of the president’s children prefer to keep a low profile. It is for this reason that you will hardly find them interacting with people on social media. Even so, two of his sons seem to enjoy an online presence: Tumelu and Andile.

3. The first family consists of two boys and three girls

The president is blessed with two sons and three daughters. While most people recognize three kids in the family, it is also important to note that he has a daughter and a son from his previous marriages. His first marriage with Nomazizi Mtshotshisana did not work. However, Nomazizi Mtshotshisana and Ramaphosa were blessed with a daughter, Tulisa.

Also, before he married the late Nomazizi, he was also married to Hope with whom they had a son, Andile.

Do you know any of the president’s children by name? Well, here are their names: Tumelo, Andile, Kiki, Mashindu, and Tulisa. Technically, his eldest child should be Andile.

5. Tumelo Ramaphosa is the most outspoken of all the kids in the family

Unlike his siblings, Tumelo is active on almost all social media platforms. Often, Tumelo posts his pictures on his social media pages. Over time, he has become a favorite to many ladies in the country who love his body physique. He keeps them glued to their phones whenever he updates a picture on Instagram.

Sometimes back, Tumelu was branded the “National Bae” title by ladies because of his charming body physique and killer looks.

6. They are loving and defensive when it comes to family

One of his sons, Andile, came to his father’s defense when Julius Malema accused him of physically assaulting their mother, the first lady. Andile took to his Twitter handle, rubbishing the claims, and terming them false. The tweet read:

“Respectfully, this story is fake news. How would you feel if someone went around spreading lies about your parents?…totally unacceptable.?”

Also, Cyril Ramaphosa first wife, came to the president’s defense when the allegations surfaced online. She vehemently denied any possibility of the president being abusive. To her, Malema was out of order, and she was also shocked by his ability to spread false rumors.

7. One of his sons married from Uganda

In 2018, Andile married an Ugandan lady, Bridget Birungi. The traditional wedding ceremony was attended by his family and a few close family members from the side of the bride. Together with the president, Andile Ramaphosa mother (Hope) traveled from South Africa to Uganda for the ceremony. Museveni, who is the current president of Uganda, also joined the South African president in the celebration.

8. His two daughters are still in school

Mashudu Ramaphosa and Kiki are young and probably schooling. Early last year, IOL reported that a relative to the family revealed to them that the two daughters were pursuing their studies at the University of Cape Town.

On the other hand, the whereabouts of another Cyril Ramaphosa daughter, Tulisa, is still a mystery to many people.

9. Tumelu is a businessman just like his dad, the president

Tumelu, who is the most vibrant in the Cyril Ramaphosa family, is a businessman like his father. He graduated with a Master of Science from the Hult International Business School in San Francisco. Currently, he holds the position of CEO in StudEX Wildlife. Also, he was among the members who hosted the Unlocking Blockchain Africa Conference in 2018.

Cyril Ramaphosa children do not like to attract public attention. Often, they prefer to keep their private life out of the public eye. It is for this reason that one can hardly find Cyril Ramaphosa children pictures on social media. Despite the secretive nature, we managed to gather the above information about them to help you understand the first family better than you did before.