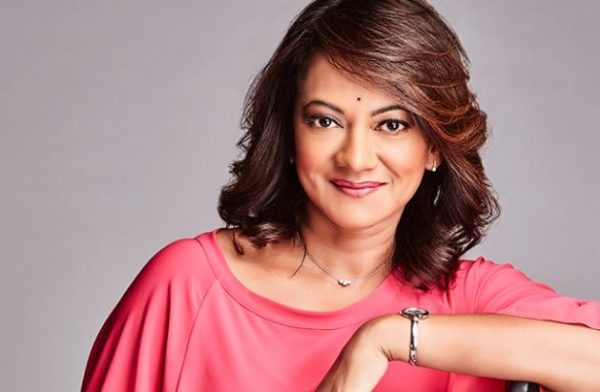 Devi Sankaree Govender is a hard-hitting television journalist who has made a name for herself in the broadcast media.

Her fearless approach has reverberated around the country, and many respect her for that. With 25 years of experience in the industry, she has become a model and source of inspiration to many who are treading her path.

Devi Sankaree Govender has not only succeeded as a television journalist, but her flair for writing and presenting has also paved the way for her in the print media. Working with Carte Blanche, for Devi, among others, has been one of the highest privileges of her life.

According to her, she said, “Everyday I’m reminded of how privileged I am. Whistle-blowers trust us with their lives, and through them, we are able to shine a light in all those dark corners.”

The award-winning investigative television journalist started her career when she was only 21 years of age. Initially, she was working on the radio before she crossed to the print media and then, television. Shortly before completing her Bachelor of Arts degree programme at the University of Natal in Durban, Devi Sankaree got an offer at SABC Radio as a freelance artist.

Interestingly for her, she was able to prove her skills, and from presenting music shows, she started reading the news. Also, she began hosting a talk show for Lotus FM, and it was in the process that she gained a reputation for her straightforward approach in addressing controversial and sensitive national issues.

Devi obtained an Honours degree in Drama and Performance Studies in 1994 before she proceeded to UNISA and bagged a Higher Diploma in Education in 1997. Then, in 2000, at the University of Natal, she obtained a post-graduate diploma in Business Management, and by 2002, she had already completed her MBA.

A fantastic thing about this veracious woman is that irrespective of the several dangerous situations which she has found herself in with her crew, Devi has maintained consistency in her chosen career.

As a fearless woman, she is reputed for exposés that highlight issues on corruption and crime within the fifteen years that she has worked with Carte Blanche. While she was still freelancing on radio, she also joined the education fraternity. And within a year, she became a high school educator.

But after she got an offer for a permanent position as a current affairs anchor and talk show host, she stepped down from the education sector. When she freelanced for SABC 1’s Eastern Mosaic as continuity presenter, she had her television break in 1996.

In 1998, Carte Blanche Devi Sankaree Govender joined the Sunday Times newspaper and was writing a column, Devi on Sunday, every week, which continued for sixteen successive years. A year after joining the newspaper organisation, she became the Features Editor in Durban.

More so, the year 2004 is another notable year in Govender’s writing career that she will always remember. The reason is that she was decorated with the prestigious British Council scholarship for creative writing.

Some of them include the health crises in the Eastern Cape, Robert Mugabe’s “Operation Murumbatsvina” campaign, Nkandla and the Oscar Pistorius Trial, the Inge Lotz murder and Medical University of South Africa.

Devi is inherently a wife and mother. The Carte Blanche journalist is presently married to Perumal Moodley, and they have two teenage kids – Sayuran and Kaiyuree. Sayuran is 15 years old while Kaiyuree is 17 years. Also interesting is the fact that Devi Sankaree Govender husband and his wife are of the same age.

Even though we do not have a verifiable record of how much she earns at the moment, what she goes home with every month is certainly able to give her the kind of comfort she desires. However, you should not forget the fact that she has other sources of income as well, like speaking at conferences and anchoring events.