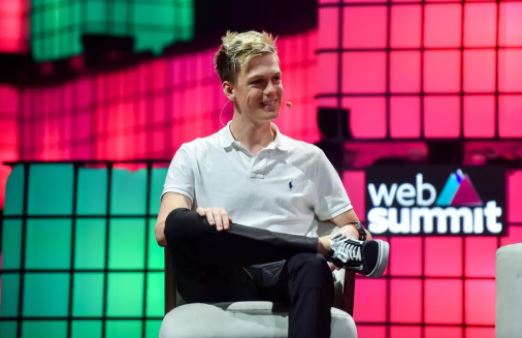 Nowadays being a YouTuber can be a full time job, whereas before it was thought of as more of a hobby. Putting the time and effort into content creation on this platform leads to a horde of subscribers to your channel.

The fact that data is expensive and not everybody has access to smartphones has not curtailed South African YouTubers from taking multimedia in a massive way in the last few years.

There are a number of fascinating YouTubers in the country who are worth noting and who have been providing the country and the world with interesting content.

You may ask what constitutes a YouTube personality? Well, there is no definite way of defining a YouTuber, but looking at numbers, one can easily tell who are the top vloggers in the country.

Here are the top 10 individuals or duos who have taken advantage of the internet and YouTube for their content to reach many people around the world.

Also known as MoshDubber, he is among the best performing South African vloggers in the country. He majors in providing important tips about hunting. Matt Dubber, the owner of this channel, started uploading airsoft videos back in 2013. These videos feature rifle reviews, tips, and footage from game hunts around the country.

One of the most popular vlogs by this YouTuber is the Egyptian Gooses Pest Control with an Airgun, which has over 6.2 million viewers. Other videos have interestingly attracted a good number of viewers making this YouTuber one of the most-watched vloggers in the country and beyond. Of late, this channel has over 413,000 subscribers.

This channel gained popularity in 2014 and has since been featured in TV interviews and magazines. The offbeat DIY (do it yourself) videos have attracted the eyes of many YouTube users with the number ranging above 31,000,000. Julia Anastaspoulos started the channel with a How to drill without making a mess video which has to date seen a slew of views and subscribers.

One of the coloured South African comedians’ acts can be found on this channel. The channel focuses on pop culture, pranks, potty humour, and South African culture at large. Nic Smal and Gareth Allison started the channel in 2011 with their first post by the name Rebeccas Black Parody, garnering about 289,000 views. Today, the channel has over 158,000 subscribers and still counting. Generally, this comedy channel has been viewed by millions of YouTube users over the last years and it remains to be seen what the duo will provide this year.

Johan Kruger started the handle as a personal account but transitioned it to a Minecraft. Today, this YouTuber boasts of over 107,000 subscribers. The channel is also popular for video game explanations. Notably, Kruger had been at the forefront of advocating for the use of video games in classrooms and has given numerous talks on the same. In addition, YouTube vlogger has collaborated with several international actors to popularise video games around the world.

It is difficult to guess that a Minecraft YouTuber can become one of the biggest personalities in the country. Michael Philips is just but one of the few locals who has made a name for himself. This YouTuber has filmed himself over too many times having fun while playing video games. His channel, started back in 2012, which makes him one of the earliest YouTubers in the country. The channel offers tutorials besides detailing glitches in various video games. To date, it has over 284,000 subscribers a number that is growing every day.

This blogger joined the race back in 2010 and has since produced many videos which provide advice to young women besides providing light content. With a following of over 201,000 subscribers, the channel has continued to grow, making the vlogger popular among cooperate actors including but not limited to Cell C and Takealot. In addition, the blogger has mentored some of the greatest contestants in the Break the Net contest.

This handle is also among the first ones to hit the country and has since garnered over 960,000 subscribers. The channel comprises a series of drum covers that feature cultural traditions of African people. Of late, the vlogger has taken to live touring and other contests that have helped increase popularity beyond South Africa.

This channel is co-owned by Yolandi and Ninja and has blazed a track of internet superstardom following. The channel has over 3.3 million subscribers thanks to their many outstanding videos including but not limited to the Fink You Freeky, Baby’s on Fire, and the Ugly Boy. The channel is within the Zodwa Wabantu YouTube range and even better. It remains to be seen what the duos will be providing over the coming months.

Now, this is one of the most popular vloggers in the country. His channel is popular among teenage and pre-teen girls who are excited to pursue his exploits. Lee has a steady flow of subscribers who have seen his continuous flow of cash. His uploads vary from pranks to celebrity partnerships’ challenges. Well, his 6.9 million and above viewers show how much popular the YouTuber is among South Africans and other international users.

Trevor is the most famous actor and comedian in South Africa as of date. While Trevor’s channel has been active since the time he picked up the daily show, it still attracts millions of viewers with the number of subscribers being above 6 million. Trevor uses the channel to preview his comedy specials and to popularise his late-night show.