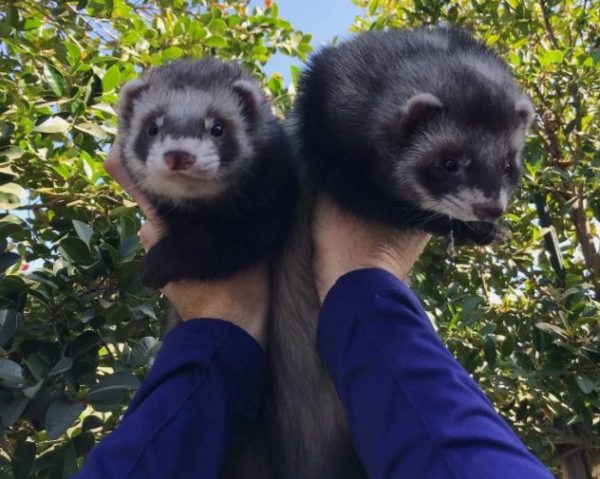 When choosing an exotic pet, it is important to uphold ethical considerations as many traders sell illegally.

The term exotic is mainly used to refer to something that is not indigenous to a particular country. However, when referring to pets, it means unusual.

The exotic pet trade is a multi-billion-dollar industry as many people own exotic pets today. Whether being held illegally or legally, there are a couple of things you should know before taking ownership of an animal.

Are you informed on the list of illegal pets? The following are exotic pets that are not permitted in South Africa.

Ferrets are domesticated animals, meaning that they have been adapted from the wild species by human beings to fulfill specific requirements. For many centuries, these animals have been effective and reliable hunting partners as they are highly skilled in flushing out rabbits from burrows. Additionally, they respond well to human affection and interaction. They can also be very entertaining.

According to the National Environmental Management Biodiversity Act5 10 of 2004; Alien and invasive species regulations (NEMBA), ferrets have been classified as a highly invasive species. To pet a ferret, South African authorities in charge of animals expect you to meet specific requirements and obtain various permits before purchase.

Marmosets, commonly known as finger monkeys, are small South American primates that are increasingly being kept as pets in South Africa. Interesting to note, Aap is used to refer to a monkey in Afrikaans.

Once marmosets grow to sexual maturity, they tend to become aggressive, unpredictable, and quite dangerous to human beings. Therefore, a majority of veterinarians do not encourage people to keep these creatures as pets.

In South Africa, African Pygmy hedgehogs have increasingly become popular pets. Their lifespan is around four to six years, but some live up to ten years. While the quills on hedgehogs may look sharp, it is unlikely to get injured or hurt by them.

Depending on the province you reside in, African Pygmy hedgehogs may be legal or illegal to keep as exotic pets South Africa has today. In Eastern Cape, Western Cape and Free State, it is unlawful to keep a hedgehog as a pet.

A good number of pet shops in SA sell snakes for pets. In most cases, these are usually multiple-generation captive-bred animals. Prospective owners should know that most of these snakes are generally reluctant to bite. However, they may bite when in fear or pain from an injury. This is similar to how a dog can bite when handled in the wrong manner.

There are various pet shops that sell extremely harmful animals. Therefore, when considering to buy a snake, you should be aware of the implications of a bite. A bite from a venomous snake is potentially fatal and could even lead to death within a short time.

Where can one get wildlife permits South Africa?

You can apply for wildlife permits at the CapeNature Head Office or any regional office. CapeNature strives to provide administrative support that is efficient, fair, and effective, as well as monitor compliance in terms of all relevant environmental legislation.

At CapeNature, you can apply for different permits. Some of them include: