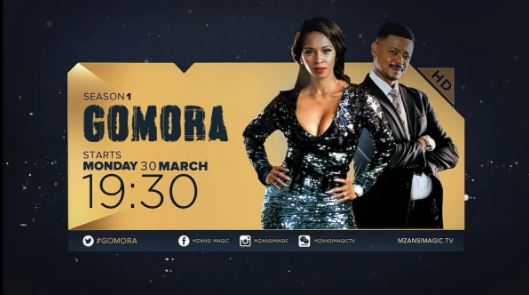 Gomora teasers for April 2020 are out! You cannot believe what the show has in store for you. The drama series seems to get better and better every day, all because of its cast and creators.

The twists, vengeance, and numerous surprises in its storyline are mind-blowing. Well, catch all the events as they unfold on Mzansi Magic.

The drama shows how the rich and the poor coexist regardless of their differences. It brings out different themes like betrayal, love and revenge, crime and justice, and more.

Its premiere episodes have been on air since 30th March 2020 on Mzansi Magic. Tune in from Mondays to Fridays at 1930 hrs.

Are you wondering what to expect from the show in April? Here are the Gomora teasers for April 2020 to help quench your anxiety.

Ntokozo’s guilty conscience is torturing him. The truth about Mbongeni is revealed to Thathi, and it wrecks her entire inner being. The Ntokozo and Mazet commission themselves to search for a medal. How long will it take for them to find it?

Thathi is so humiliated in court that she is left with no option but to confess to her family. The guilt that torments Ntokozo has reached its peak. However, he has realizes that he is in danger.

Past lovers, Melusi and Gladys, rekindle their love

Is this a true love, lust, or game?

More secrets about Mbongeni unfold, and Thathi’s heart shatters into a million pieces. Old love blossoms between Gladys and Melusi. Melusi is dancing to a sweet tune of love, but he is clueless that the crafty Gladys is a DJ. When will Ntokozo free himself from those mind-torturing secrets?

The rosy life that turned sour is too hard for Thathi and her kids to adapt. Sonto is a step ahead of the police because she knows that they have found strong evidence that will implicate her. Teddy endures public ridicule because of the uncouth behavior of a family member. Ntokozo is at crossroads because the truth may come out soon.

Melusi finds out that the medal found at the crime scene belongs to one of his students. Ntokozo and Teddy become friends. Thathi receives startling news from her attorney.

Teddy jeopardizes his freedom because of his friend, Ntokozo. The true friends of Thathi are by her side in these trying times. She learns not to trust people easily.

Will Sonto save her daughter from a life of pain?

Sonto is on a mission to stop the misery that Thathi is going through.

Sonto is determined to save Thathi from the life of pain and hopelessness that is drowning her. Ntokozo vows to prove Teddy’s innocence; therefore, he devotes all his energy towards the case.

Thathi is in despair. Luckily enough, she comes across critical evidence. Detective Kolisi bears good news to Thathi that also consoles Sonto. Gladys’ marriage is on the rocks, and Ntokozo is devastated because Ndaba has relocated to Alex.

If Melusi and Gladys could foretell that their good deeds would endanger their son’s life, they could not be so kind. Thathi gives the detective a call to tip him a lead in the case that everyone has overlooked. Sonto feels that Thathi is too close to exposing her because she has discovered more evidence.

Sonto has to use crafty ways to sabotage Thathi’s plan to report the hijacking. Zodwa makes a hasty but critical decision to safeguard the future of Teddy and Langa after things fall apart for Langa.

Vital leads to the hijacking are revealed

More evidence concerning the hijacking has been found. Thathi, on the other hand, knows the identity of one of the hijackers.

Ntokozo saves Langa from bullying. Detective Kolisi finds clues about the owner of the maroon Cressida.

Sonto discloses more about Mbongeni’s hijacking, but she tries to hinder Thathi and the detective from meeting the owner of the maroon Cressida. Langa has an ally.

Thathi finds out the identity of one of the hijackers. Sonto is over the moon after punishing a snitch. The relationship between Ntokozo and Langa goes down the drain.

Jomo is in a dilemma after Detective Kolisi brings to light new information that seems to fasten and lighten the case. Ntokozo and Teddy persuade Langa not to tell others about them. Melusi is uncomfortable when Thathi reappears in Alex.

The new findings of Detective Kolisi strike terror in Sonto; hence she makes desperate decisions to save her skin. The circumstances in which Gladys catches Thathi and Melusi are shocking.

Here are the characters who make the drama juicy:

Thathi has a sister named Beauty. They are raised in Alex by their mother, Sonto. Sonto earns a living through illegal means; hence Thathi’s childhood taught her how to endure a tough life. However, she also loves luxury. Her husband, Mbongeni, pampered her. They lived in a mansion in Sandton with their two teenage children, and she never worked. Gomora begins when their lives take a U-turn overnight. She finds herself without job and money. She has to seek justice for her husband and provide for her family.

She is a strict but loving mother who runs a shisinyama with one of her daughters, Beauty. However, she keeps many secrets that interfere with the lives of her daughters. Will they forgive her when the truth is revealed?