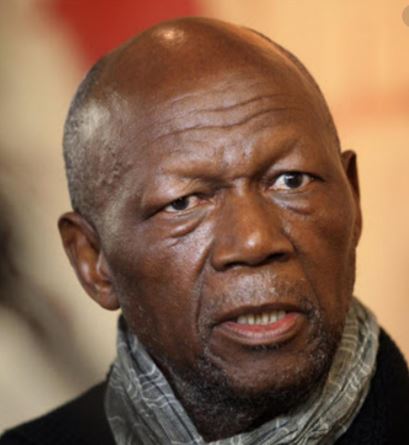 Mfundi Vundla is the brain behind the movie Generations and Generations the legacy. He is a well-established actor who has successfully directed and produced several movies award-winning movies, under the flag of his productions company called the Morula pictures.
He is a South African and was born in Johannesburg into a large family.

He however left the country and went on exile in 1970 after he was expelled from Fort Hare University where was studying Politics, Philosophy and English, for practicing and engaging in underground politics.

When he left the country, he made the United States of America is next home. And while he was there he continued with his education and became an alumnus of the University of Massachusetts in 1972, he studied English and Politics this time around and had his Master’s degree at the University of Boston.

All this while, he continued to identify as a member of the ANC which was what led to his expulsion from the University. He also continued to raise awareness about the apartheid going on in South Africa.

Mfundi returned to South Africa in 1992 and the following year, he began the production of the Generations which has had a serious impact on the South African populace.

The movie was made for the blacks in South African as it expressed their needs, dreams, and aspirations as a people.

He later went ahead to create more movies. He created the most expensive Tv show in South Africa whose production budget was about R100 million for 13 episodes.

The movie titled Jozi-H was centered on the Johannesburg General Hospital.

He also produced the “Winnie the Opera” movie. A movie that was based on the life of Winnie Mandela.

Mfundi has won more than 29 international awards for his artistic works which are highly acclaimed within and outside the country.

The 75-year-old is married to Karen Vundla, they met and got married while he was in the US and they have a son together – Charlie Vundla.

Sometimes ago, there were claims made on the internet about a secret daughter he had somewhere, and that he leads a different life as a sugar daddy, he denied the allegations and said they were false.

He was again on the hook when viewers of his show complained that some episodes of Generations: the legacy showed offensive scenes he answered them by saying that movies have a way of warning people ahead with PGs and parents should know what to do when they see the PG caution.