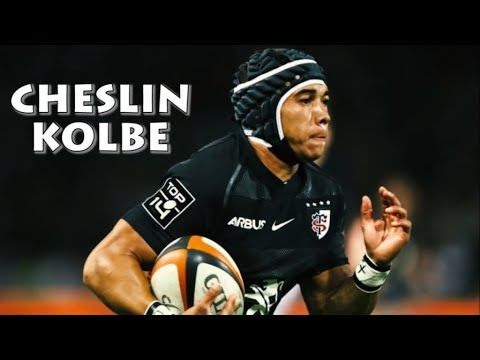 When it comes to Rugby, Chesling Kolbe is a man that needs special attention. He is a vibrant man who plays his game so well and shows much love to his wife.

He is someone to be reckoned with and be appreciated. We bring his full information and also his celebrated career.

Cheslin Kolbe is 25 years old (born on the 28th October 1993). He is a member of the South Africa national team and also plays for the Top 14 side, Toulouse in France. Cheslin represented Western Province in the Under 16 and Under 21 before being included in the South Africa Sevens team with which he played the 2013 World Cup Sevens. He won Bronze together with his sevens team in the 2016 Summer Olympics.

He is 1.72 meters (5ft’ 8in) and his weight is 80kgs. Cheslin Kolbe’s height, Cheslin Kolbe’s weight, and size don’t deter him from his goals especially when up against bigger opponents. Like David, he drops Goliaths all around him and dances his way past their slide fences.

His father, Andrew Kolbe, believes that dancing classes in his childhood were the key to his side step. Cheslin Kolbe’s steps have earned him the nickname ‘Hot Stepper.’ His quick footwork heats the ground and results in his New Zealand challengers being waxed as they call it.

This is when a player gets spread on the pitch after a well-executed sidestep.

Cheslin love life with Layla: It all got connected when Layla’s friend asked for a photo with the rugby star. He requested to take a picture Layla which led to him messaging her on Twitter and asked her out, and five months later they were dating.

He proposed to her on a Friday during the last game of the season. Cheslin got their friend, Rachael, to bring her down to the pitch after his team won the match. Layla’s family stood behind her while wearing white t-shirts written ‘Say Yes’ and after she said the magic word, the couple was showered with flowers and confetti.

In November of 2018, he signed a new contract with Toulouse that goes on until 2023.

His time in Toulouse has seen him make a name for himself with his shattering line breaks and courageous defense. Kolbe played an outstanding game during the match against South African Wasps. He helped Toulouse seal the fate of the Wasps by pushing them to fourth place in their group with only two games before the knockout stage.

One memorable moment was when he picked up the ball at the base of the ruck and launched past two defenders using his high speed and the sidestep that he has become known for. This day was even more of sight as he did a sidestep midair. His ability to spot opportunities that allow him to make his way past the defense contributed to Toulouse’s success. This match saw him maneuver his way past Springbok teammate Wille le Roux. Toulouse won the game 42-27 bonus-point win over Wasps.

Check out the video of his amazing performance below.