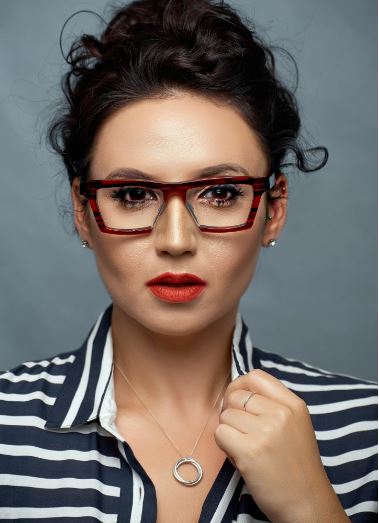 Her hilarious, smart, and inspiring are some of the many incredible terms that are used to describe Nina. It would be safe to say that her free spirit has contributed to these praises.

As a South African actress, she has performed at numerous major theaters in the country such as at the Wits Theater, The State Theater, and Joburg Theater.

Nina is one of the country’s most hilarious women and has performed both in and out of SA. Back in 1996, Nina was the youngest radio host in the country at the age of thirteen. Unbelievable, right? She had heard about the auditions for Radio Rippel, a community radio station, and she decided to take her chance.

She claimed that being good with people was how she landed the job. For the next five years, she worked with YFM and K-TV and also did voiceovers for feature-animated films such as The Adventures of Dick King and Bushfire Fairly Tales.

Nina Hastie has had a great sense of humor since her early years. Growing up, she would entertain people at her grandfather’s restaurant, and this is how she nurtured and grew her love for entertainment. She has worked for a circus before where she discovered her fearless and adventurous spirit.

Before she landed a job at W24.com, she was a comic columnist for The Times Newspaper and also the Grazia magazine prior to its closure. Luckily, an editor who previously worked at Grazia joined W24 and asked her to join the team.

As Nina is a white woman residing in South Africa, she has consistently had a fear of receiving accusations concerning cultural appropriation. She wore a Zulu outfit during Heritage Day, and this led to a lot of debate and discussions on culture in social media.

She addressed the matter by stating that she is simply interested in understanding and participating in the Zulu culture, negating the opinions of those who claimed that she did it for her financial gains.

At a talk show hosted by Peral Modiadie known as Zaziwa, the comedian was once hosted as a guest. At the interview, she opened up on her private life and revealed to have undergone rape. She also talked about her alcohol and drug addiction and how she overcame all this.

Despite all the difficulties and struggles that accompany the withdrawal, she decided she had to be more kind to herself and successfully got through the process. Nina shares her story to the public in the hope that she will inspire at least one girl or woman out there who are experiencing difficulties.

During the interview, she also stated that women should know that they are allowed to live regardless of what their past looks like. One decision entirely changed her life, and anyone can transform their lives too.

During comedy performances, Nina Hastie has a tendency of mixing English, Zunglish, and SiPitori. She has had a relentless interest in learning and understanding different cultures from a young age. This is because she strongly believes that it is vital for people to understand one another.

When Nina is not working, she enjoys watching films and also reading. She is a huge lover of tattoos and has a couple of them which she proudly flaunts.