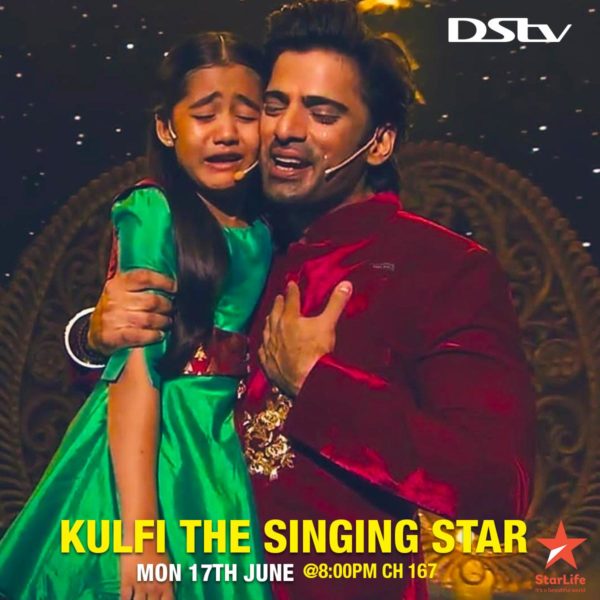 Kulfi’s The Singing Star teasers bring an element of drama that will keep you entertained. Kulfi The Singing Star Indian series is one of the soap opera watched by millions of fans all over the world. The creators and directors have put a lot of creativity to give the audience unique content.

Kulfi is a talented girl who sings well. She has set out on a mission to unite with her father, Sikander. Kulfi The Singing Star characters were selected professionally. This is clear in the way they interpret their role perfectly, which is one of the elements of a good drama. The TV series was aired in 2018 for the first time, and since then, every episode has always told a great story.

Kulfi (Aakriti Sharma) in her desperation to find Amyra discovers nothing tangible. Lovleen is irritating Sikander (Mohit Malik). After a while, he runs into his old friend from the music industry.

Kulfi (Aakriti Sharma) takes a bold step after she has found Amyra while Sikander (Mohit Malik) gets a warning from a dangerous gang. Kulfi, who has masked herself, plots a plan to rescue Amyra.

The surprised Sikander (Mohit Malik) has been shot while eavesdropping into Jimmy’s conversation with Chaddah. He does something incredible in his attempt to save Amyra.

Kulfi narrowly succeeds in discovering Amyra’s location, and she resolves to look out for assistance to rescue her. Soon after, Sikander is left with no choice except to do the incredible thing to rescue Amyra.

Those who kidnapped Amyra have found Kulfi, and they are going after her. Sikander’s life is at serious risk. Loveleen absconds from the police detention in her desperate effort to rescue Amyra.

Sikander reveals his last plan to security personnel while the gun is pointed at him. Then, Loveleen makes a courageous move while a surprising offer gets to Chadah.

Sikander finds out about something stunning at the occasion while Loveleen makes a bold move against Chaddah. Afterward, Sikander is to carry out the Maha Aarti at the request of CM.

Sikander, Kulfi, and Amyra are so excited about winning the competition on singing. The police got into their space and held Sikander at gunpoint. That was two months after the competition.

The kidnapping news of Jimmy’s son breaks him after he heard about it. Then, Sikander teaches Jimmy. His assailants cause significant problems in the city.

Sikander remembers the sacrifices members of the society have made in the past. While he receives frightening news, Kulfi is handling Jimmy’s attackers, and at the same time, she is suspicious of Sikander’s actions.

Sikander threatens Jimmy for the murder of Fateh. Babur later goes to challenge Sikander on his connection to Fateh’s kidnap. Kulfi is set out for a big surprise.

Kulfi is bewildered when she comes to know about Sikander’s participation in the kidnapping of Fateh. After some time, she talks to him and persuades him to tell the truth.

Kulfi has learned some stunning truth about the kidnapping case from Sikander. While she is questioning Fateh, his dad is facing an unimaginable condition.

Sikander is disturbed over losing the respect Kulfi has had for him. Meanwhile, Kulfi is broken by the revelation. Amyra becomes unconscious upon hearing a dreadful report from the doctor.

Totally broken, Amyra and Kulfi go to confront Sikander for concealing the reality from them. He makes the revelation known to Jimmy, but Kulfi is yet to recover from the shock.

Sikander makes an expressive video recording. Later, in her resolve to find out the truth, Kulfi leads Sikander into doing an MRI scan.

Kulfi faints when she begins to lose some blood. Later, she wants to see her diagnostic results from Sikander.

Sikander saves Fateh in fulfillment of the promise he has made to Kulfi. Inspector Tejasvini is plotting to snare Sikander while he is confused by Jimmy’s unexpected move.

Sikander is working out plans to send Fateh back to Jimmy. When he discovers that the police are monitoring him, he pulls a fast one on them.

Sikander is frightened by the dream he has had, which he reveals to Raju. Later, Sandy makes a surprising revelation about Sikander. The highlights of Kulfi’s The Singing Star teasers that you have read so far are only tips of the iceberg compared to what you will experience by the time each teaser is officially broadcast. You should write the dates in your diary so you would not miss any episode. Interestingly, Kulfi The Singing Star episodes in English are available for English speaking viewers also. So, join other fans to watch the premiere episodes broadcast from Mondays to Fridays at 19h00 on Star Life.