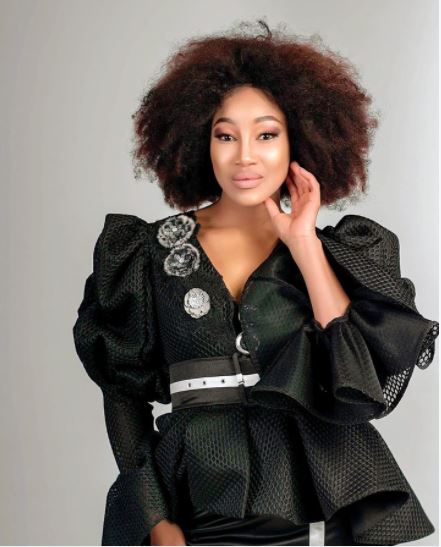 Nyalleng Thibedi (born 4 September 1980) is a South African actress, model and chemical engineer. She is popular for her role Zekhethelo on Uzalo.

The talented actress was born and breed in Soweto. She is the definition of “black doesn’t crack” and has every woman wanting to know the concoctions she uses to stay fresh.

She had her debut work in 2008 while she was working with the New York Film Academy. Her first work was Picture Perfect in 2008. Later in 2012, she got another role in a South African drama series. Hers was more of a guest role in the police based series; Streets of Mangaung.

Nyalleng Thibedi after that got roles to play in other series like and films. Some of the Mzansi Magic films that she featured in include; The Society, iLobolo and Single Mothers. In 2013, she landed a role in SABC1 soap opera, ‘Uzalo.’

The Uzalo actress was involved in an abusive relationship with her ex-partner, she opened up about having gut feeling that things were not going to end well with them after her ex shared how he witnessed his mother getting abused at an early age.

The actress has a son who she is raising as a single mother. Despite the brevity that Thibedi displays in Uzalo, she has had a dark past. Besides her acting career, Thibedi has been vocal about ladies staying in abusive relationships.

Apart from being beautiful, Thibedi is an icon that ladies should look up to. She is not ashamed of her experiences. Instead, she boldly embraces them and uses them to encourage women. She describes herself as not strong but is not afraid to confront her hurtful experience.