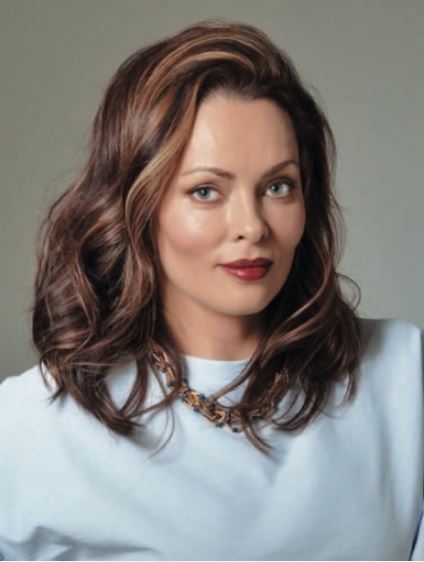 Christina Storm is known to millions across the world as a top successful fashion model. Her turn as an actress on M-Net’s Egoli in 2007 created a stir in the press and public alike.

Born on 1st April 1974 in Pretoria, Christina lived in the town for only three weeks. Together with her parents, they moved to Namibia, where she grew up before relocating to Amsterdam. The constant shifting is what led to her many numbers of schools she attended during her education years.

The 45year-old actress has been in the modeling career for a while. She claims that it is the modeling that chose her as Renico van Rensburg discovered her.

She featured in the following magazine covers; Elle in May 1997, SL in October 1999, South Africa: Sports Illustrated swimwear in 1999, Gentlemen Quarterly (GQ) in 1999 and Playboy magazine on September 2011.

According to Storm, her parents separated when she was young. Her father moved to overseas while her mother remarried. Her mother was a gypsy, explaining the traveling nature she encountered during her early childhood years.

Christina Storm indulged in filmography in 2007 in the M-Net TV series Egoli, where she played the role of Bienkie Naude. Christina has been in the movie industry where she participated in over 200 TV commercials.

Former South African rugby player for the Springboks, James Small, was in a relationship with Christina Storm for ten years. The couple had constant break ups and make ups. James small admitted to have physically engaged Christina during their several fights in the relationship.

The turbulent relationship ended when Christina accused James of domestic violence. James Small passed on at the age of 50 years. Confirmed autopsy reports site the cause of death was a heart attack.

During the first marriage, James Small Christina Storm had one child, Ruby. The other three children are from her second marriage to Paul Nel. In total, she has four children.

Actress Christina is currently married to Paul Nel. The marriage is her second union after she divorced former rugby star James Small, due to domestic violence.

Paul Nel, Christina storm husband, is a manager at Kong Experience Engineers. Also he is an events project manager, who specifically deals in technical planning and delivery of Audio structures. Besides that, Paul Nel owns several businesses.